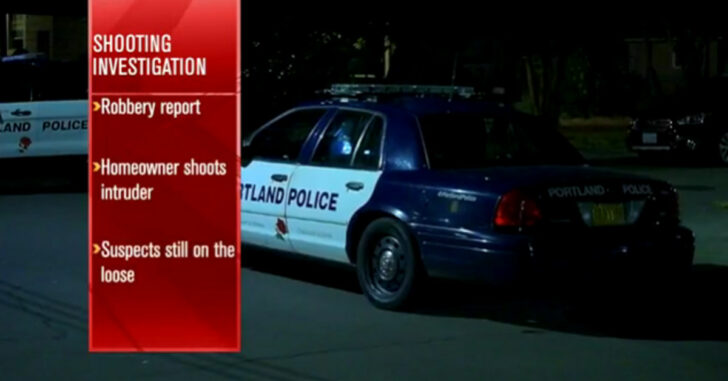 PORTLAND, OREGON — A 45-year-old home owner shot and killed a suspected home invader a little after midnight. Police are still piecing together the details but 30-year-old Anthony Lazarides was confirmed dead at the scene.

According to KOIN 6 News, investigators discovered a holster and a bullet that the home owner says belong to neither himself or his son. This potentially indicates the suspect was armed though no firearms were reportedly discovered on his body.

The home owner said that the man he shot and killed had not acted alone and there is potentially one other accomplice still on the loose after he fled the scene.

Neighbors said to the news that there had been recent break-ins of the home owner’s truck, showing a pattern that may have been ongoing.

The home owner has not been charged with a crime but investigators say they will be sending the details to the District Attorney’s office for further review.

Home invasions are nothing new and we’ve reported on quite a few. From looking through similar cases, we see a pattern where home invasions rarely happen in a vacuum. Most bad guys don’t just point to a house at random and say, “hey, that’s a good house to rob.” In general, it seems that many home invasion suspects have some degree of planning ahead of execution. However, one thing they can’t account for is the home owner’s preparedness to fight back with deadly force.

That’s why we keep our firearms close at night and ready to be used if we need to be prepared to fight for our lives and that of our property.

Previous article: #DIGTHERIG - Daniel and his Springfield Champion 1911 in a Handmade Holster Next article: Woman Doesn't Wait For Police: Shoots Ex-Boyfriend Who Broke Into Home, Saving Herself And 11-Year-Old Son