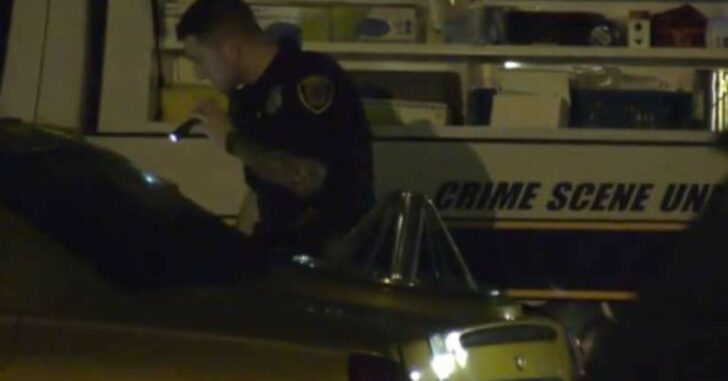 HOUSTON, TEXAS — A Houston warehouse in the 14000 block of South Post Oak Road was the scene of a violent confrontation that proved deadly for the alleged trespasser turned assailant.

Police were dispatched just before midnight after the owner called reporting that a man with a metal pipe and gun had forced his way into the business and demanded money. In a second call from the owner approximately ten minutes later he told dispatchers that the intruder was dead.  According to owner, the intruder struck him in the arm and head with the pipe, and he returned fire.

Responding HPD officers found a man dead on the warehouse floor. “At this point, we don’t know the motive.” HPD Detective Jason Escobar stated. “There’s a lot of tools, a lot of vehicles. It’s a pretty packed warehouse, so it’s unclear what kind of business, whether it’s a resale shop or a mechanic location…unknown at this point.”

The police investigation is continuing, with detectives seeking any possible witnesses or footage from any surveillance cameras in the area.  The owner is cooperating with the investigation.

Texas has not only a Stand Your Ground law, which allows a person to defend themselves, but also a Castle Doctrine which allows the use of force by anyone defending their land or personal property, including trespassers, as long as there is reasonable belief that force is necessary to remove the individual from the land or property.