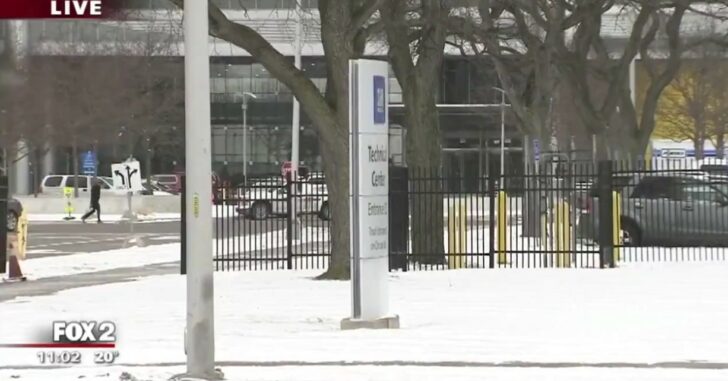 WARREN, MICHIGAN — A visitor to the General Motors Technical Center walked into the building Wednesday morning and asked to see a female employee. That employee came out, and the two reportedly started arguing with each other. The verbal argument then made it’s way outside, and things quickly escilated.

Police say the visitor, who is also a female, pulled a knife on the employee and began stabbing her in the neck, back and abdomen numerous times. The attack was stopped by an alert valet driver who was carrying a concealed firearm.

The driver pulled his firearm on the suspect and waited for police to arrive, where she was taken into custody. The employee suffered multiple stab wounds and was taken to the hospital where she was last listed in critical condition.

Neither the victim or suspect are cooperating with police.

During an interview with Fox 2 News, Mayor Jim Fouts made note that the GM Technical Center has never had a violent incident that he can remember during his decades involved with the area.

“It’s not only unexpected and unbelievable, but it’s unprecedented. It’s just never happened at the GM Tech Center before,” said Fouts.

Those words are a sobering reminder that violence can happen anywhere, even where it’s least expected. Luckily for the victim, a valet driver, who happened to be in the immediate area and who happened to be carrying a concealed firearm, was able to stop the attacker from doing even more damage than she did.

The valet driver has been identified as 32-year-old Didarul Sarder, who spoke with news stations. While he initially thought he had been fired after the incident, GM made the announcement that he has not been fired.

The GM campus is a designated gun free zone.