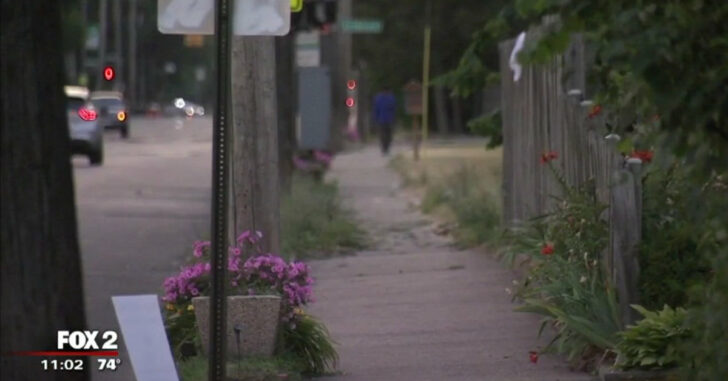 DETROIT, MICHIGAN — Four young men with absolutely no future harangued a store clerk before deciding to prey on a man walking home across the street. What they didn’t know was that man was an off-duty security worker and has a license to carry a concealed firearm.

This mob of four young, likely upstanding pillars of society brutally bashed him in the back of the head with a baton after he failed to turn out his pockets fast enough. He drew his handgun from concealment and opened fire. He struck one 21-year-old and the rest scattered like cockroaches. That 21-year-old was arrested and taken to the hospital where he remains in serious condition.

According to Fox2Detroit, the store clerk captured a good bit of the encounter on video surveillance — which police will try to use to identify the remaining suspected.

It’s not just Detroit that has to deal with situations like this on a near daily basis. It’s beginning to be everywhere. Walking home from work shouldn’t be an invitation to get robbed. The dudes that tried to rob him aren’t going to learn a lesson. They’re not going to decide to clean up their act and become upstanding, great people who go on to help others.

The only rational, logical choice is to carry a concealed handgun and be ready to use it. When bad guys aren’t afraid of the law, and they’re not afraid of being caught, it’s up to the individual to protect himself, his property, and his family.

Elsewise, I guess we’ll all be on standby to get our daily dose of victimization.

Previous article: France: We Need More Armed Citizens Next article: Grandma Confronts Intruders With Gun, Wins: "I Decided That It's Either Them Or Me"