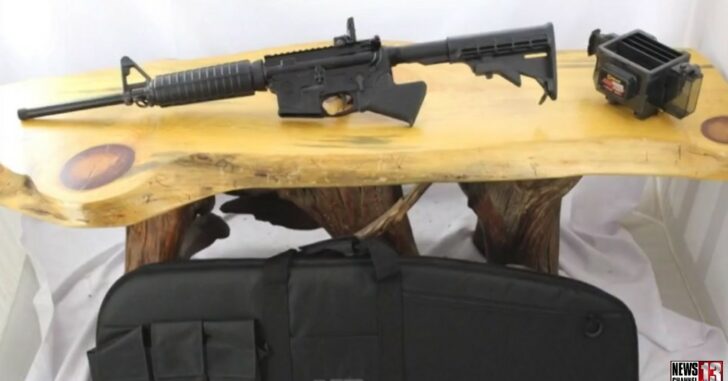 RENSSELAER, NEW YORK — “Are you insane? How do you know if some lunatic is not the winner and you wind up with a school shooting on your hands?” That’s just one of the comments to be posted after a rifle was put up for grabs as part of a raffle in New York. What’s the raffle for, you ask?

The Smith and Wesson .223 is being raffled off as part of a fundraiser sponsored by the Hoosick and Pittstown Republican Parties in honor of DA Joel Abelove. Abelove is seeking reelection in November.

Unfortunately, the post for the raffle has been removed from the page. I’m not sure why it was taken down, but it could have something to do with this;

The Board of Elections tells NewsChannel 13 the raffle is not a violation of election law. The New York State gaming Commission says while they can’t discuss this case specifically, political parties are barred from conducting raffles. A call to to the Hoosick Republican Committee went unanswered on Friday.

With even that said, the fundraiser was held in Abelove’s honor, and not directly by himself or his campaign, which would make it seem that the raffle was perfectly legal.

There were many more comments against the raffle, and of course some in support. The post is no longer available, so we are unable to share those comments with you.

Abelove says that he’s a strong supporter of the 2nd Amendment and will continue to be. He also stressed that the winner would be required to pass a background check, as the law requires.