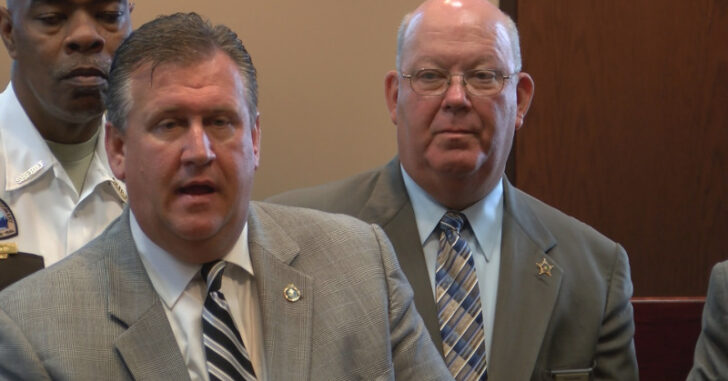 MONTGOMERY, ALABAMA — As some of you may know or have heard of, Alabama legislature recently passed an Omnibus Gun Bill which adamantly protects the rights of Alabama residents to keep and bear arms.  Amongst the changes in that bill, once it was signed into law, was the notable shift from “may issue” to “shall issue”.  This was a big thing as sheriffs prior to 2013 didn’t have to give a reason why they wouldn’t issue a pistol permit to an applicant.

Now, they’re required to formally submit a reason within thirty days of application.  This is something that, apparently, the Alabama Sheriff’s Association isn’t too pleased about.  Yellowhammer News covered their recent press conference.

“The Sheriff Office Association feels that each sheriff of their county has a pretty good feel for their constituents and their county and who should and should not have a permit,” said Sheriff Taylor of the ASA recently said in a press conference. “That goes beyond just running a background check and seeing who has a felony in their background.”

The main reason for the press conference was to urge legislators and citizens to pull back some of the liberties ceded in the Omnibus Gun Bill of 2013.  Namely, it would retract the portion where Sheriffs are required to specify a reason compliant with state law.  So, if a resident – who isn’t a felon or has no history of domestic abuse or drug addiction – applies at his or her local Sheriff’s office, the Sheriff would have the ability to essentially can his application.

The problems with this become obvious quickly.  Who’s best suited to make that determination?  While the Sheriff may truly have reasonable doubt as to the mental competency of an individual to bear arms – should that alone be allowable to infringe upon that right?

Alabama is currently one of a majority of states that is “shall permit”.  That means once an applicant has passed all the criteria – most notably a certified handgun course and a background investigation – the Sheriff is obligated to issue a pistol permit.

To do otherwise is to assume that the Sheriff, whom is an elected official beholden to his own constituents, has both the moral and ethical authority to say otherwise.  But who watches the watchmen?  The slippery slope of saying this person “doesn’t deserve” a pistol permit or “is not fit” – backed by no evidence – constitutes a blatant disregard for the legal process.  And as our society operates upon that law and is beholden to it, wouldn’t it make sense for those whom enforce it to do that and no more?

Do you think a sheriff is a qualified individual capable of making the decision of who may or may not carry a pistol?  Tell us your thoughts in the comments section below.

Previous article: Concealed Carrier Dies After Holstering His Firearm; Don't Let This Happen To You Next article: Someone's Breaking In -- Should You Issue A Warning?