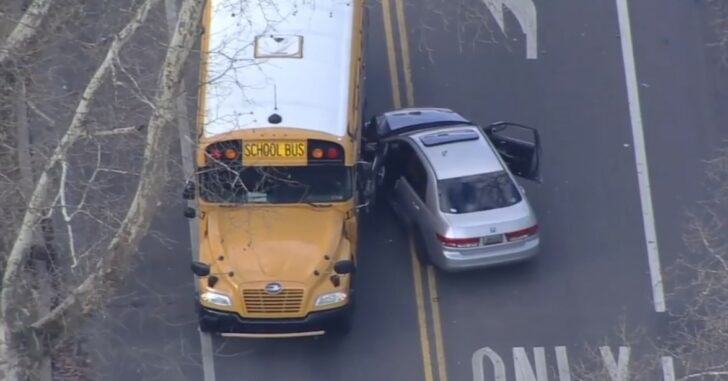 PHILADELPHIA, PENNSYLVANIA — A man is dead after police say he was attempting to steal a vehicle. The vehicle’s owner, however, came out of his house to see what was going on. Ultimately, the owner fired at the suspect, striking him and sending him fleeing.

Sources told Action News that the suspect attached yellow cables to attempt to tow away the car, but was shot by the homeowner who had come outside to see what was happening.

The car broke off from the cables and the suspect’s car ended up crashing into a school bus, sources said.

The suspect was taken to the hospital where he died from his injuries.

No one on the school bus was injured.

When writing an article, I have different categories to place it in, and using multiple categories is common. For example, a story where a concealed carrier used their firearm would normally be categorized as: CCW In Action and Guns Saving Lives.

This story is only categorized as CCW In Action, because no lives were in immediate danger that we know of. Using a firearm to defend property is risky business, and a number of things can go wrong and land you in hot water in a hurry.

Be mindful of when you would –and wouldn’t– use your firearm.