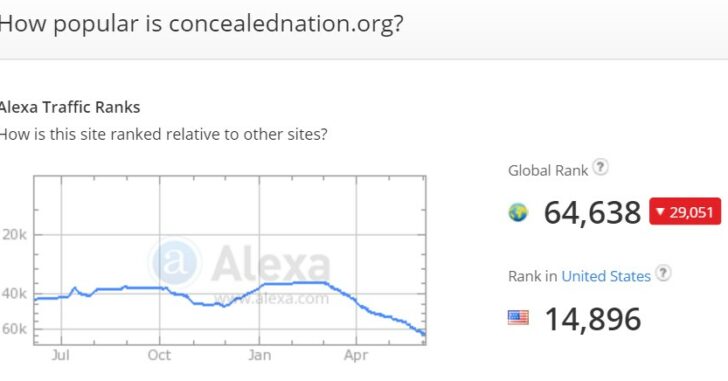 Back at the end of February of this year, I noticed a drop in traffic to our website. I watched, but not too closely. This is the slow time of year, after all. A month went by and the drop continued, and it became apparent that this wasn’t an ordinary slump. Something was going on, and it was just a matter of figuring out what that something was.

While digging through Analytics, all signs kept pointing to one location: Facebook. I reached out to my friends Robert and Dan at The Truth About Guns to see if they were seeing similar results. They were.

I got out my little black book and contacted others in the industry, and heard the same story time and time again. It was no coincidence; something was happening on the Facebook end of things, and it was severely hurting our website traffic referrals from the social media giant.

After receiving confirmation from my account manager at Facebook that we were all, indeed, being subject to dismal reach with our Facebook pages, it was time to dig deeper. The answers however, did not come quickly.

Fast-forward 3 weeks since first contact with Facebook, and here we are today. For more details, keep reading through the Press Release below.

AUSTIN, Texas (June 6, 2016) – A coalition of firearms-related organizations – Concealed Nation, The Truth About Guns, Gun Owners of America, USA Carry and Alien Gear Holsters – today revealed that Facebook has been actively suppressing their posts. Based on the coalition’s research into the problem, the suppression began at the end of February.

“We have over 700,000 likes on our Facebook page and tremendous reader response to our material,” said Brandon Curtis, publisher of Concealed Nation. “We didn’t change a thing about the way we post. In February our Facebook traffic fell off a cliff. It sank by nearly 50 percent in that first month.”

Facebook has penalized these organizations’ pages by limiting distribution to user newsfeeds, despite users ‘liking’ the page.

Facebook has admitted to Curtis that the social media giant has suppressed the gun-related pages’ distribution. They claimed their posts had “too much commercial content.”

“I realized our Facebook page wasn’t the only firearm-related website that had experienced a dramatic decrease in traffic,” said Luke McCoy, founder of USA Carry. “I emailed the same account manager at Facebook about our situation. She said that people were claiming our content was overly promotional.”

“Content that would normally reach our nearly one million followers has steadily dropped to a fraction of what it once was, despite our page’s continual growth of new followers,” said Rob Russo, social media manager for Alien Gear Holsters.

Curtis informed Facebook that Concealed Nation, The Truth About Guns and other affected sites’ content was purely editorial. Facebook’s account manager then claimed the pages had been flagged by users. Nearly a month has passed and Facebook has yet to provide further information, and has not given a timeline for any type of resolution.

Despite repeated requests, Facebook has failed to remove the penalties imposed on the sites’ firearms-related pages. Instead, they offered a free seminar on how to increase traffic with the penalties in place.

The publishers are looking to determine the extent of the problem — including the amount of revenue lost due to the fall-off in Facebook-related website traffic. They’re asking owners of gun-related Facebook pages to check their Facebook reach and engagement for 2016 and report their findings at fbgunfail.com. Once they gather the data, they’ll contact participants to share their findings and propose a joint response.

“Facebook is an invaluable resource for Second Amendment supporters trying to spread the message of responsible gun ownership,” Curtis says. “We’re asking Facebook to remove any  penalties on the affected pages, and to create a process that prevents this type of thing from happening again, including a notification system that would alert page owners whose posts are being suppressed. Our readers enjoy and want our content, and it’s frustrating that they are no longer seeing what we post.”