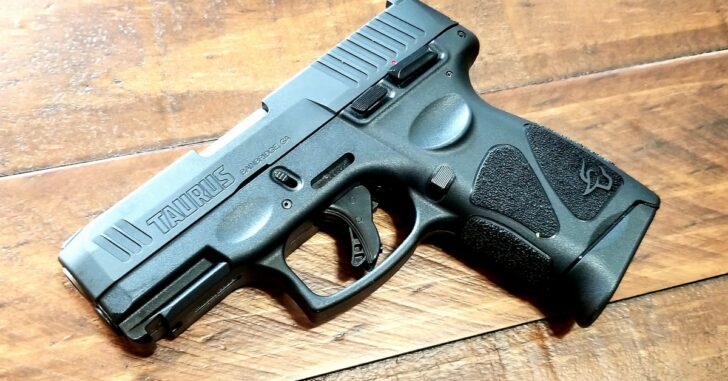 Taurus recently released their newest pistol to the CCW market called the G3c. The Taurus G3c is an updated and improved version of the popular Taurus G2c. For a number of years, I have said the Taurus G2c was the pistol that brought many people’s interest back to Taurus semi-auto pistols. It’s a small and lightweight double stack pistol that has a fine reputation for reliability and longevity. Many gun store workers have said the Taurus G2c was the most popular selling pistol in 2019 by far. Shooters were purchasing the G2c for under $250. Having a strong reputation as a quality made budget priced handgun left many people wondering, why would Taurus change it?

What inspired the G2c change?

In September 2019, Taurus introduced and released a full-size pistol called the G3. It shared many of the features of the Taurus G2c except they made some improvements to the new 3rd Generation pistol. Taurus added front serrations and a wider trigger bar to the single action trigger making it more comfortable to shoot. They used a flat face trigger that broke just under five pounds. While keeping the price low, the full-size Taurus G3 was widely accepted by shooters who enjoy the smaller G2c.

Taurus took the improvements from the full-size G3 and added them to the smaller G3c. They made some additional upgrades to the subcompact model that were met with high approval. First off, Taurus gives buyers three 12 (or 10) round magazines in the case opposed to the two mags the G2c offered. They changed the sights from a polymer 3-dot sight system to metal (drift adjustable) serrated black rear and a metal front sight. The new sight system is now compatible with Glock sights which allows the user a variety of choices to easily change to night sights.

Ok, what changes were made?

Taurus removed the loaded chamber bar from the G2c and added a sight hole indicator. Not being a fan of the bar that raises above the slide, I felt that change was a good move. Front serrations were added to the G3c which also created a slightly wider slide profile. As demonstrated on video, this prevents form fit kydex holsters compatibility with the G2c. I am sure leather holsters would be compatible with both pistols. Taurus added an indented “scallop” where the magazine base plate meets the bottom of the grip. The scallop allows the shooter a defined place to rip the magazine out in case it becomes stuck due to dirt, grime or an ammo issue.

Taurus changed the slide finish to a tenifer coating. They claim the tenifer coating is stronger and will prevent rust build up. I never had a problem with the slide finish on the G2c however the matte tenifer finish is more durable. All of the operational controls are teflon finished with the G3c. I consider these minor enhancements but if they reduce wear over time, I am all for it.

Tell me about the trigger

Best yet, Taurus used the improved trigger from the G3 to the G3c. The new trigger has a  slightly lighter pull weight however it is much more comfortable when squeezing the trigger. The G2c uses a trigger bar safety blade. Some shooters complained the blade pinched their finger when shooting. The wider trigger bar safety coupled with the flat trigger on the G3c is a welcome improvement. It is mostly noticed when live shooting at the range.

Capacity: 10 or 12 round magazines

What was not changed?

For those who love the Taurus G2c, rest assured that each change made was an upgrade and improvement. As for the general specifications, the G3c mimics the G2c almost exactly. It still uses a 3.2” barrel, same firing system, same control positions and shares a similar size and weight. The short trigger reset that many shooters became accustomed with was not changed. I feel the grip texturing also remains unchanged even though others said the G3c is more stippled. When compared side by side, I confidently will state, it’s the same.

Upon receiving the Taurus G3c, I immediately took it to the range. I shot a variety of rounds through it including brass cased, steel cased and hollow point 9mm rounds. Each round fired and ejected perfectly. It was just as accurate as the G2c but the trigger, as mentioned, was much more comfortable. Understanding the Taurus G2c quite well, I felt confident with the G3c’s accuracy right out of the box. Shooting from 10 yards or further, ringing steel was no problem. If you enjoy shooting the Taurus G2c, there is nothing to be concerned about. The G3c will not disappoint.

The MSRP for the Taurus G3c is $305.74. It remains a well built budget priced pistol. It is currently selling close to it’s MSRP price. I believe over time, the gun store cost will drop similar to the mid $200’s price the G2c was selling for. Considering Taurus upgraded the pistol and added three magazines in the case, I think it’s a great deal.

Show me in detail

For a greater understanding of the new Taurus G3c, check out the videos attached. I showed, in detail, the changes Taurus performed along with plenty of range shooting. I offered a side by side comparison so the viewer can see everything that has changed. Let us know your thoughts on the new G3c. Are you interested in purchasing the new Taurus G3c?