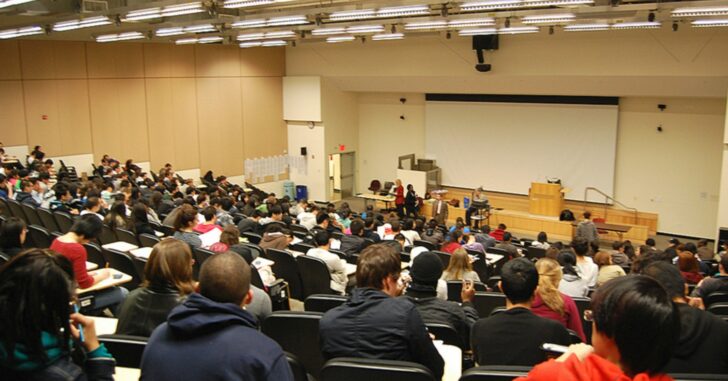 A Reddit user over in the /CCW subreddit shared a conversation he had with his professor on campus carry. The professor shows his distaste for the idea, but the student brings up some valid points that makes the professor say “hmm…”

Here is the story:

I’m an undergraduate student in NC and happen to have a pretty solid relationship with a few professors. I was chatting with one of them in his office today when he mentioned a conference in our field in Texas sometime in the near future that sent out an email addressing questions about firearm possession during the event. He mentioned how it found that kinda crazy and I said “Well it is a topic being discussed alot in Texas right now given that concealed carry just went into effect on public college campuses recently.”

He started saying how he couldn’t imagine students having guns in classroom and said that he’d feel like he’d just need to give everyone an A and be done with it. I mentioned the fact that the only people allowed to carry are those who have CCW permits. He didn’t know the requirements (age, mental, or otherwise) for getting one so I very briefly explained those.

He still voiced some concern about the students intimidating or attacking instructors so I asked him “Well, has anyone ever hit you because of something you said in class?” He replied “Oh no, never.” I followed up with “Then why would the shoot you just because they had a gun?” He said “Huh, I’d never thought of that.” I also mentioned concealed carry on campuses in Colorado and he said “And they’ve had that without incident?” And I told them they had not.

Now, I don’t expect to see him at the range anytime soon but this just goes to show that not everyone who is ignorant of guns and gun laws is a raging, Bloomberg-esque anti-gunner. They might not know anything about the issue, and there are plenty of rational people out there who, like this guy, won’t blow up when you explain concealed carry and the 2nd Amendment to them. They might just say “Huh, I’d never thought of that before” and carry the positive experience you just had with them forward.

It’s all about education, as this professor should know. Who knows if the professor will change his mind on campus carry, but having discussions like the one above are important… no matter how large or small they may be. Whatever gets people thinking… talking…

Previous article: Is Carrying Two Pistols Better Than Just One? Next article: 5 Steps To Carrying Defensively, Self-Awareness and Vigilance