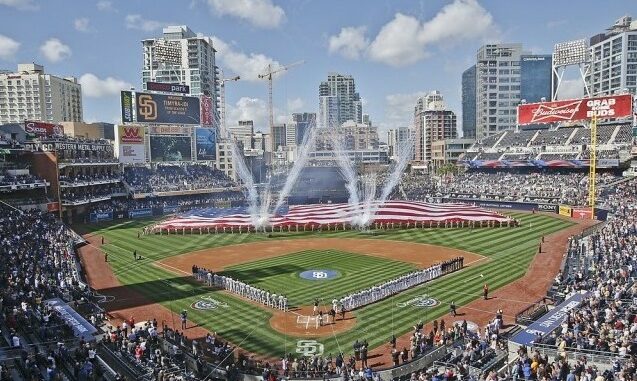 A newly-enacted policy on concealed carry now strips off-duty and retired police officers from carrying concealed firearms inside the stadium.

Padres’ vice president of business administration and general counsel Erik Greupner said their decision is the result of a Major League Baseball (MLB) ruling that all stadiums install metal detectors by 2015. On January 21, 2014, the New York Daily News reported MLB’s ruling, which reflected “the Department of Homeland [Security’s ongoing effort] to standardize security practices across the game.”

The last of five ballparks to ban concealed carry in the state of California, it’s one more spot in the state that stomps on the rights of it’s citizens.

The Padres based their decision on their thought that “Hey, since we have metal detectors, all bad things won’t happen anymore.”

Well then, I guess here’s to a 100% crime-free stadium. It looks like they finally figured it all out. Spread the word! Crime goes away with the use of metal detectors!