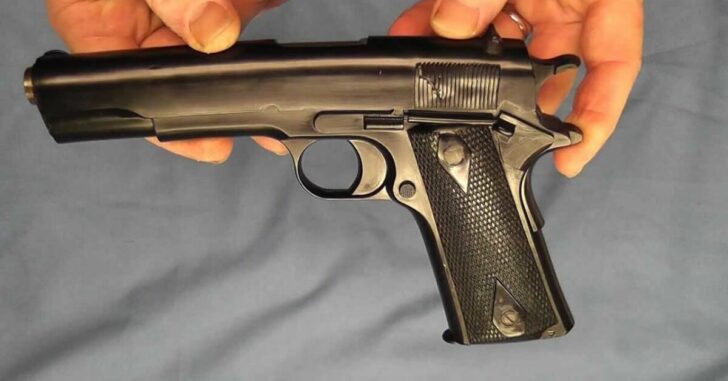 As a beginner to concealed carry, you may feel reluctant to immediately put a fully loaded handgun into your carry holster. Even though carrying with a round in the chamber is the most ideal and practical way to carry a concealed handgun, plenty of newcomers still ask one simple question:

“Should I use a practice gun?”

A good bit of hesitancy surrounding this basic question revolves around confidence. A firearm is definitely a dangerous instrument when put into callous hands but in the hands of someone who acts with purpose and understands basic safety, it’s perfectly safe for the wielder.

Practice guns — also called “dummy guns” or “dummies” — come in handy if you were training someone who has never handled firearms before. Just being able to hold a similarly sized object with a similar weight can be a great way to demonstrate the basics of firearm safety to others.

For concealed carry purposes, a practice gun can also be useful when training for drawing and reholstering. If you’re working alone, you are probably just as well served by unloading your handgun and working with that than you would be a practice firearm but ultimately, it’s your call. Plastic replicas can be purchased for a reasonable price and it does allow you to hand it off to another person without having to go through the necessary safety checks.

The big issues surrounding handgun replicas is when they can be confused as real by onlookers or participants. It’s never advisable to use a non-firing plastic replica in a way that could be misconstrued as a real firearm — in fact, in many places it’s illegal.

Training exercises and practice are important to develop rudimentary skills necessary to prevail in a firefight. If a plastic or polymer replica helps you work on key elements of self-defense and close quarters combat situations, all the better. The one advantage of plastic non-firing handgun replicas is that they are very good for demonstrating self-defense techniques such as grips, joint manipulations, and other martial arts techniques. And close quarters is an extremely vulnerable place for many concealed carriers.

So, it becomes quickly apparent that training guns aren’t in fact just for beginners. They have practice use both for experienced concealed carriers and those looking to do more advanced training. There is definitely an application.

One scenario we like to bring up is for women who carry their handguns in their purses or men who carry in their briefcases. This is a real opportunity to see how that really plays out when an attacker is intent on taking that bag. If this is the preferred method, it’s best to train for that scenario using a non-firing plastic or polymer training gun which will simulate the weight and grip of that gun.

If you’re able to successfully fight off an attacker, gain access back to your bag or purse, or conversely position yourself so you can respond to the attacker, you’re in a position to do the same in the real world.

What you do not train for, you cannot attempt to know the outcome of.

Previous article: #DIGTHERIG - Joshua and his FNH FNX40 Next article: Housekeeping: Our Website Was At War With The Facebook App, But We're Back In Business