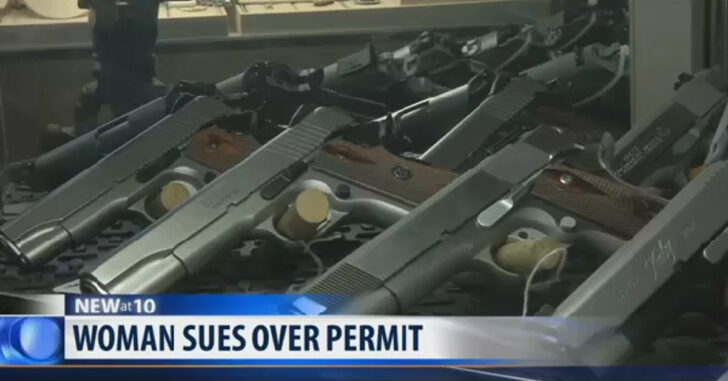 FLATHEAD COUNTY, MONTANA — State laws lock horns with federal law when a legal immigrant was denied her right to obtain a concealed carry permit in the State of Montana. She is filing suit against the sheriff alleging that this denial of a permit constitutes an infringement upon her constitutional rights.

The sheriff of Flathead County denied her based upon current state law in Montana which prohibits the issuance of a concealed carry permit to non-citizen status. However, this immigrant in particular has resided within that county for ten years, according to KPAX 8. Her attorney alleges that other states have agreed to bypass such state-level mandates for legal immigrants.

“There’ve been at least three jurisdictions that have agreed with the argument: Arkansas, New Mexico, Nebraska to name three, and others.  And so consequently we’re bringing this case on behalf of Montana citizens,” said her attorney Quentin Rhoades to MTN news.

So fundamentally, should someone who is legally allowed to be in this country be allowed the right to protect herself and her property through the use of a concealed carry permit?

That’s ultimately the question we’re posing to you, the reader.

Should the right to carry concealed be something limited to just natural born and naturalized citizens of the United States or be extended to guests who are legally here and potentially in the process of pursuing naturalization through a green card or similar?

If this woman were across the border in Idaho, she would have the legal right to carry concealed or openly simply upon her being a resident of that state. Yet, cross the border into Montana and suddenly it’s impossible?

The right to self defense is an inalienable one. A firearm provides an immediate means of protection in the event of an assault. Why shouldn’t a legal guest living in the United States for around a decade be allowed the same privilege afforded to nearly every other citizen?

This is a hard one to ideally answer. States have the right to dictate the terms and boundaries of their laws — and we are a society governed and ruled by law. As such, if a state views legal immigrants as being somehow unqualified to pursue the concealed carry permitting process, that is their government’s jurisdiction.

The best solution, as far as I can see, is for Montana to decide to willingly amend that state law to reflect the status of legally present aliens. For those who are in this country illegally or not permanently residing here, granting rights that would normally be granted any citizen seems to not apply. But, upon being here as a legally recognized guest, it feels like somehow some allowance should be made.

I may be completely wrong on this — feel free to shoot me down in the comments section below.