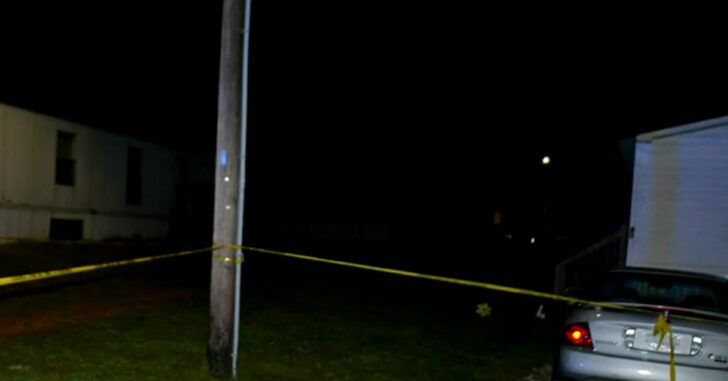 NORTH CAROLINA – The death of a well-liked and respected charter school teacher and coach at the hands of the Western Hemisphere’s largest and most powerful drug cartel left folks who knew him in sorrow, shock and total disbelief.

Harris was hired by Union Academy in 2017 as a Spanish teacher and basketball coach, and quickly became well-known, loved, and respected by educators, students, and parents alike…but he had a secret life that none of them were aware of.

In the early morning darkness of April 8th, Harris and his brother-in-law traveled over a hundred miles from Union County to the small town of Green Level, in Alamance County. They drove to a mobile home park and broke into a stash house of the Sinaloa New Generation Cartel, an organization that was once run by the notorious El Chapo before his capture.

As they were searching for money and drugs, an 18-year-old cartel member came in. Unable to get information on the location of money and drugs from him, they shot him twice in the head, execution style. Shortly thereafter, more members arrived and Harris, who was wearing a bulletproof vest, was killed in the shootout that ensued. His brother-in-law survived and is jailed on first-degree burglary, first-degree murder, and possession of a firearm by a felon.

Speaking to a local reporter on the shocking details of Harris’ death, one mother said, “He was such a good person from what I saw — he was a good teacher.”

Barney Harris – by all accounts – was a great guy. The guy next door. The guy with no criminal record and no clues that he was anything but a mild-mannered man who was dedicated to and enjoyed teaching and coaching young folks.

So many questions that may or may not ever be answered. Was this the first time that he had been involved in criminal activity, influenced by his felon brother-in-law? Or…was this failed scheme his own creation in which he enlisted his relative’s help?

What if the pair had been successful and escaped with the drugs, money and their lives – only to have cartel members to retaliate against him while he was in a classroom full of students, a gymnasium with student athletes and parents, or at home with his family?

What if you, as a law-abiding concealed carrier, were standing in the local big box store discussing last week’s game with Mr. Harris when the cartel came calling? Would you run and hide, or draw your weapon to protect yourself and your friend, totally unware that this unexpected and unexplained attack was a direct result of his actions?

How well do you know the people in your life, and those in the lives of your family members?