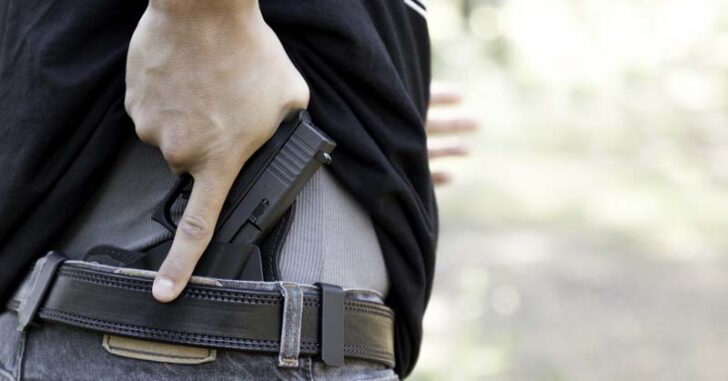 BOISE, IDAHO — A measure was approved in the Idaho State Senate which would effectively make Idaho a permitless concealed carry state. At present, you do not need a permit to open carry in Idaho so long as you’re legally allowed to own a gun. If this bill passes, gun owners would be able to wear that same gun concealed on their person without a permit being required. For those between the ages of 18 and 20, those residents would still be required to pursue training and a normal permitting process.

This would make for a great kick-off to the new year with Idaho joining an increasing number of states to do away with resident concealed carry permits. For every state that has gone constitutional, there is still a permitting process which usually includes some form of mandatory training and a background check. This is usually just for those residents wishing to travel outside the state and maintain their concealed carry rights.

New Hampshire recently tried and failed, sadly, to join this growing group of constitutional carry states. West Virginia, on the other hand, overrode their governor’s veto and instituted themselves as the newest addition to the permitless concealed carry team.

It’s an issue that has some state residents divided on the idea of just anyone carrying a concealed firearm. That concept, though, isn’t so far fetched. At present, a person in most states has to complete some form of training and some level of background scrutiny in order to obtain a permit. That process varies widely from state to state, with some states requiring fingerprinting and even registering firearms to a specific owner and others, like New Hampshire, merely requiring an application be made and a criminal investigation completed to be approved.

Ultimately, the responsibility to ensure proper training must always rest with the individual. Mandated training is usually a good introduction for those perhaps unfamiliar with firearms or the laws governing them, but it is in no way a good terminal point for a concealed carrier’s education, training, and mindset development.

At present, Idaho requires fingerprinting and proof of completion of some form of training alongside a standard background investigation. This process may likely stay in place for state-to-state reciprocity requirements even after constitutional carry goes into effect — if it passes the House and is approved by the governor of Idaho.

Previous article: #DIGTHERIG - Brittany and her Glock 42 Next article: Intended Victim Displays Handgun To Home Intruder. Guess What His Next Move Is? RUNNNN!