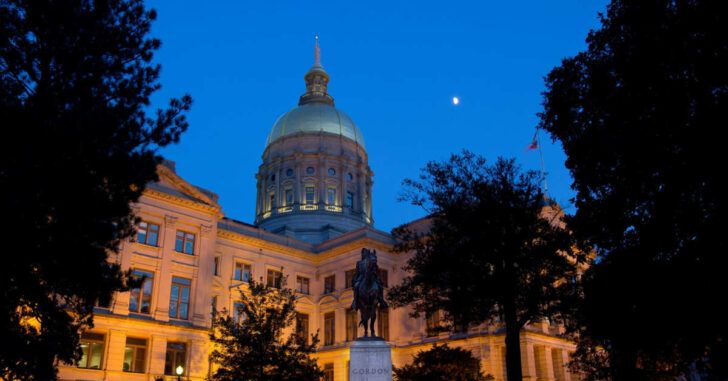 ATLANTA, GEORGIA — Lawmakers have successfully passed legislation through both the House and Senate that would enable concealed carriers to carry on campus.

The new bill, passed on Friday 37 to 17, still needs to get signed by Governor Deal before it can be enacted into law. According to this bill, concealed carriers would not be allowed to carry in athletic facilities, or inside student dormitories (including fraternity and sorority houses). This bill would only apply to public universities and college campuses and would not extend to private universities — which retain the right to set their own policies concerning concealed carry on campus.

According to ABC News, the bill is set to go before Governor Deal’s desk shortly.

“(A) Any license holder when he or she is in any building or on real property owned by or leased to any public technical school, vocational school, college,  or university, or other public institution of postsecondary education; provided, however,that such exception shall:
(i) Not apply to buildings or property used for athletic sporting events or student housing, including, but not limited to, fraternity and sorority houses;
(ii) Only apply to the carrying of handguns  which  a  licensee  is licensed to carry pursuant to subsection (h) of Code Section 16-11-126 and pursuant to Code Section16-11-129; and
(iii) Only apply to the carrying of handguns which are concealed.”

This is lauded by proponents as a great step in the right direction.

Previous fights about concealed carry in Georgia have landed mixed results, with a recent open carry debate veering off into “they’ll be shooting people in the streets at high noon” territory by those who wish to have guns controlled more closely. As with the open carry debate as well as the concealed carry on campus, there are no studies nor evidence to back those claims. If anything, those attending public universities in Georgia will have just one more legal avenue to pursue their own self-defense while pursuing (or presenting) higher education.