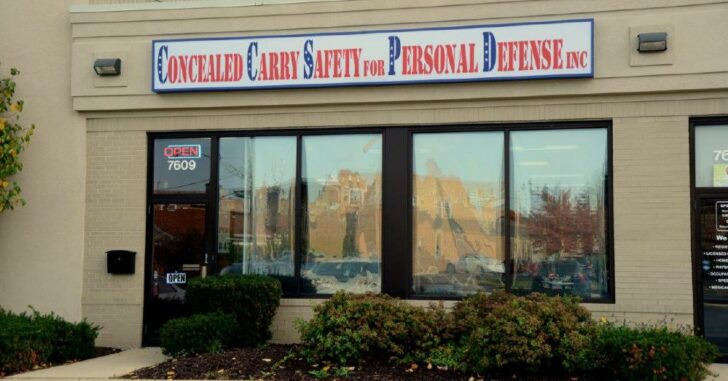 Some community members had been a little skeptic about the intentions of the new business. But Jens, the retired county sheriff, made sure the motive was clearly expressed; they aren’t “focused on arming more people with guns, but rather to keep people safe by teaching self-defense if they ever run into a situation where a gun is pointed their way.” Jens said,

“I’m not here to churn out diplomas and get people carrying guns. If I don’t feel like you’re the type of person who should be carrying a gun, I’ll turn you away.”

Jens said that he recently turned away a customer after the man said that he wanted to learn how to shoot people. This took a lot of courage, especially after the man threatened to sue Jens for discriminating against him. But Jens doesn’t care. He personally feels if an individual shouldn’t be using a firearm, he isn’t going to be the one to train that person.

Some of the classes incorporate actually handling and using guns, but the majority of the instruction takes place in a regular classroom setting. About 25% of the course is comprised of firearms law and education, and the other 75% is made up of simulated shooting and self-defense techniques designed to teach students how to disarm an attacker. At the end of the course, students have the opportunity to shoot actual gun for about two to three hours.

One of Jens’ former students expressed his dismay when he found out about all of the strict penalties when it comes to all of the concealed carry laws. Sam Morici was a former student in the course. Although the course sends its students off well equipped to carry a firearm, there are some hesitations about the legal issues. Morici said,

“I walked out of there scared to carry a gun. There are more laws and other things you learn in the class that are more educational than anything else.”