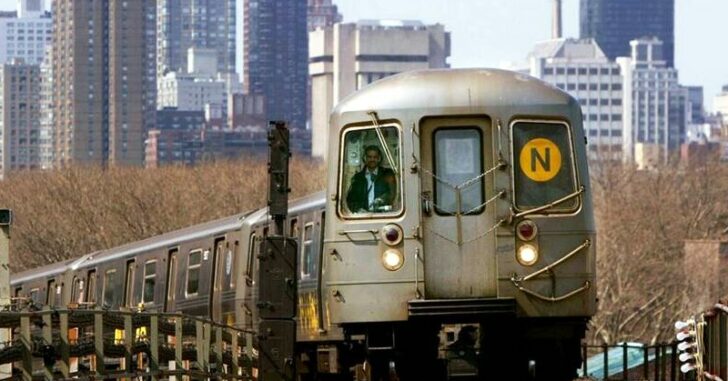 NEW YORK CITY, NEW YORK — The five burroughs have 99 problems and now a slashing problem is one of them.  Possibly envious of Britain’s roaring record with stabbings on public transportation, New York’s deranged criminals are looking to up the ante.  According to CBS News, New York City Police are warning subway passengers to be on the lookout for suspicious men who allegedly slash their victims’ faces before running.

The latest victim reportedly got into a verbal altercation with a woman on a platform at 3 in the morning when she allegedly called for help and a mysterious slasher appeared and cut the man’s face before fleeing.

But it’s not just a vigilante with a penchant for “damsels in distress”, a 71-year-old man was also slashed across his face as he awaited the D train on Broadway-Lafayette station.  And for criminals who relish in maiming others, there’s really not much recourse for people in the Big Apple: concealed carry of any firearm is illegal and the permitting process to carry in the five burroughs and surrounding counties is so arduous, time consuming, and unconstitutional that most don’t even attempt it.

Here’s a further unpleasant fact: Bloomberg’s private army of police officers are not there to protect the common person waiting for the 12 o’clock train.  That’s not their job.  Their job is to keep business moving and some elderly man’s face getting slashed is barely a blip on their radar.

If you’re carrying a gun in New York City, there’s a 99.9% you are either a police officer or a criminal.  And if you’re a criminal, possession of a loaded firearm carries with it a mandatory minimum of fifteen years.

In terms of this slashing trend, though, it appears the culprit (or culprits) responsible for these assaults all seem to like the public transportation system as much as the common folk in the Five Burroughs.  This means that if you’re waiting for that bus or train to arrive, keep that situational awareness at the ready — you could be saving more than just face.