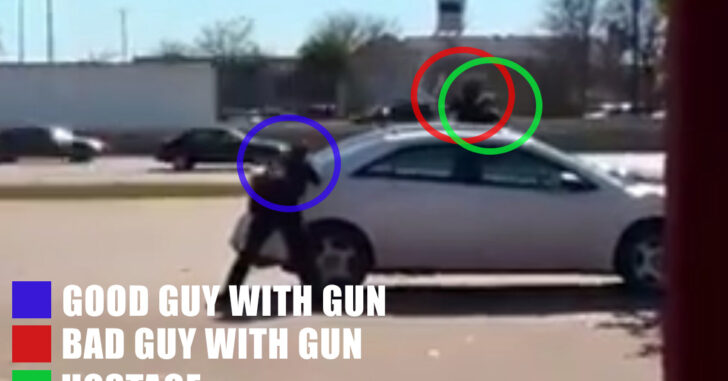 IRVING, TEXAS — Police in Irving were confronted with a bad situation Friday afternoon when an armed man took an employee hostage in the parking lot.

A suspect robbed the Cash Store and decided to take a female hostage with him. While outside, he was confronted by police who were ready to act accordingly.

The scene was caught on camera by a witness who was in disbelief when one of the officers made their move. The move, over in just a second, was a single precision shot to the hostage-taker’s head, sending him to the ground and sending the hostage to safety.

“The suspect rounded the corner and put the hostage into a car. At that moment, realizing the hostage’s life was in danger, the officers opened fire – striking and killing the suspect,” according to Irving police spokesman James McClellan.

The hostage was not injured. The suspect, however, was pronounced dead at the scene.