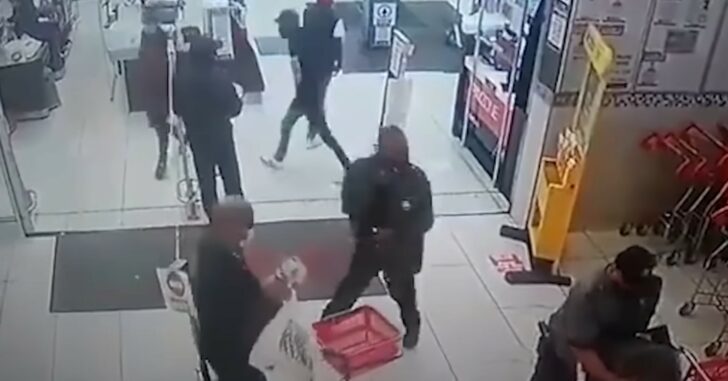 Carrying with an empty chamber gives your attacker the advantage, and surrendering doesn’t guarantee that you’ll live through an attack. Both of these ring true, unfortunately, in the video below.

Two armed guards are transferring some cash bags when they find themselves ambushed by two armed men at the entrance to the store. One guard gets a feeling that something is up and seems to have a heads up, but ends up dropping his gun in an attempt to surrender as soon as one of the bad guys points a gun at him.

The other guard tries to fight back, but isn’t able to chamber a round in his firearm and ends up paying with his life.

This is how quickly things unfold, and you’re either prepared or you aren’t. It’s a terrible thing to watch and talk about, but it’s important to realize that you don’t have the seconds you think you have, when it comes down to these real-life situations.

Previous article: Suspect Shot In The Head With His Own Gun After Struggle With Intended Victim Next article: Man Shot And Killed During Road Rage Incident, Investigators Putting The Pieces Together To Determine If Charges Will Be Filed