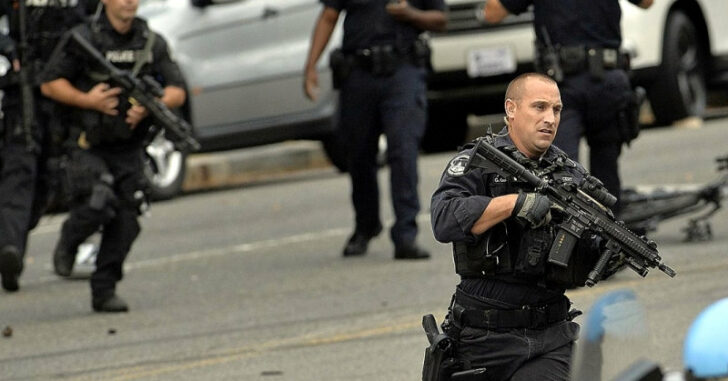 WASHINGTON, D.C. — In the midst of an uproar over how concealed carry permits are being processed within our nation’s capitol, the District of Columbia is in the middle of an unprecedented reduction in its police force.  The recent reductions, according to the Washington Post, have reduced the force to decade-level lows — leaving people without a sufficient level of police protection.

This only leads us to ask the big question — isn’t it time we have a clear-cut process for concealed carry in our nation’s capitol?

This leaves beltway commuters from Virginia and Maryland in a sticky predicament when going to and from work, school, or even to the airport.

According to the Washington Post, homicides within the capitol have increased by as much as 50% over previous years — indicating a lack of police presence and the inability for civilians to protect themselves on the streets.  It’s also a hot spot for all sorts of gang-related criminal activity, making it one of the least savory places in the country to live.

This is why people who work in and around D.C. tend to live in either Maryland or Virginia.  Housing isn’t affordable, crime is through the roof, and there’s no good legal way to protect yourself once inside the capitol.  And, as we mentioned before, for those going in and out (not to mention through) the D.C. metropolitan area, their concealed carry permits are likely not reciprocated within the city — opening up the potential for gun-related charged on otherwise law-abiding citizens.

And from the looks of it, matters are only about to get worse for the District of Columbia’s police force.  According to a budget memo submitted by D.C. Police Chief Cathy L. Lanier, about a third of all command-level staff will soon be eligible for retirement.  That means their head-shed is about to start transitioning out of service.  That’s going to leave a real leadership vacuum for dealing with all the violent, gang-related and otherwise violent crime occurring in our nation’s capitol.

The reason for police leaving in droves seems to have everything to do with the strategy implemented by the D.C. police chief and the absolute divorce from reality that plan has in relation to the situation on the ground.

“The only way to stop the hemorrhaging of personnel on this department is to fundamentally change the way it is managed,” Gregg Pemberton, the police union’s treasurer, wrote in a letter to residents posted on the Internet, saying officers are leaving because of erratic scheduling, pay that is not competitive and ineffectual deployment strategies.

The D.C. police force will certainly have their own issues to deal with — and will be dealing with them in the coming years ahead.  In the meantime, this is all the more reason why the District of Columbia should have a clear-cut “shall permit” process which facilitates law-abiding citizens protecting themselves.  They should also consider reciprocity with both Maryland (a very restrictive state) and Virginia because this is an area that is driven through and into by those residents.

If you can’t manage your police force and you won’t let your citizenry protect themselves, what is left in a society supposedly based on the rule of law?