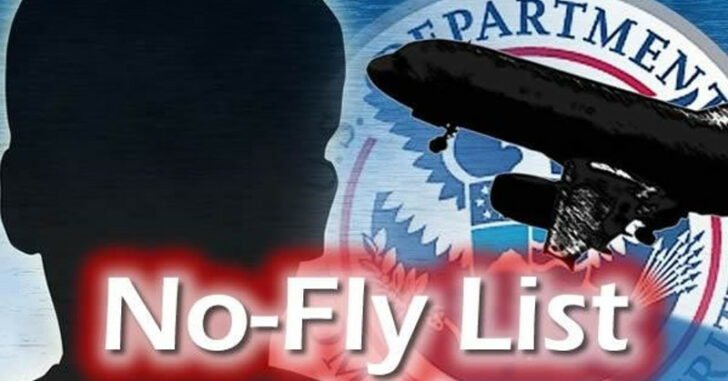 Unlike Brandon, I had the misfortune of watching President Barack Obama’s Sunday speech where he addressed specifically how he intended to mitigate threats to National Security.  As a student of history, I noted one aspect specifically: adding those on the “No Fly” list from obtaining firearms.

At first glance, who would be against this?  Obviously, the government has reason to believe the people on this list constitute some threat either domestically or abroad.  Well, we have a system for determining people unfit to own guns — the courts.

In the United States, Federal law permits the denial of ownership, purchase, or transport of firearms for plenty of reasons — all of which have to be tested in a court of law.

Now we’re adding a new group to the list: people who have been placed on a No-Fly list.  How do you get onto the Not-Fly List?

The Guardian recently examined this issue and got this answer from the Justice Department.

…the US Justice Department and the FBI conceded that stopping US and other citizens from travelling on airplanes is a matter of “predictive assessments about potential threats”, the government asserted in May.

“By its very nature, identifying individuals who ‘may be a threat to civil aviation or national security’ is a predictive judgment intended to prevent future acts of terrorism in an uncertain context,” Justice Department officials Benjamin C Mizer and Anthony J Coppolino told the court on 28 May.

“Judgments concerning such potential threats to aviation and national security call upon the unique prerogatives of the Executive in assessing such threats.”

So the Justice Department is allowed to basically accuse an individual of being a threat without providing specific evidence OR convicting that person of any crime.  So, almost anyone could be on that list by that criteria.

Amongst the many ways to get added to this list:

Very little hard evidence is provided or even attempted by federal and local law enforcement before a person is put into this list.  Once there, people have reported having nightmarish experiences just trying to remove their name from the terror watch list.  Worst of all, many of us would be surprised to discover federal and state employees on that list as well.  No one is safe from being put into a database — including the Department of Homeland Security.

According to Rep. Stephen Lynch (D-MA), 72 employees of the Department of Homeland Security are on the No-Fly list!

So, if President Obama wins over Congress with his plan to add No-Fly list recipients to another list of people not allowed to purchase or own firearms, that will be giving the Federal government a free pass to restrict the liberties of any American for any reason whatsoever.  But most importantly, it infringes upon the civil liberties of Americans who have not been convicted of any crime or under indictment.