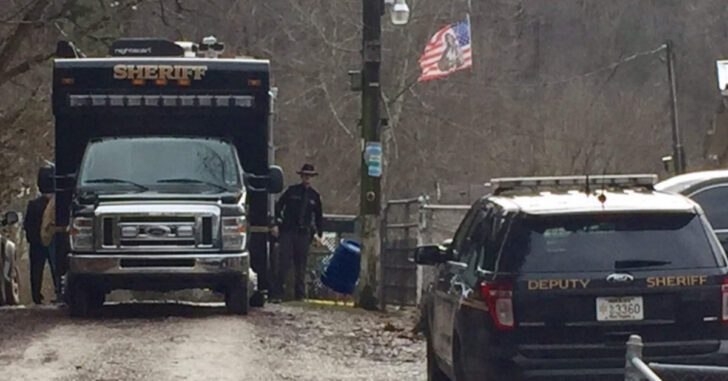 ST. ALBANS, WEST VIRGINIA — Kanawha County Sheriff’s Office is still investigating a shooting that took place after a 71-year-old man claimed he was attacked by a 27-year-old man.

According to the gun owner, he allowed Jeremy Rucker, 27, and his wife to use his shower because they were homeless. When Rucker attacked the elderly man, the man defended himself with a handgun. Rucker was shot in the ensuing fight.

When deputies from the Kanawha County Sheriff’s Office arrived, they found Rucker about a block away from where the incident took place. He was taken to a nearby hospital for treatment of his gunshot wound. His injuries were listed as non-life-threatening.

A man offers a stranger and his wife the use of a hot shower in winter and he gets assaulted. Tragic. But he also prepared himself. He carried a gun on him in his home.

There’s no doubt, I hope I’m the type of man to allow another person a hand up if I’m able. It’s one of the better parts of being a good member of the community. If you find yourself in the position to help a fellow person get on his feet, why wouldn’t you?

It’s sad when that person tries to take advantage of that hospitality.

Fortunately, it appears the home owner trusted his instincts. Don’t let stories like this dissuade you from offering a helping hand to people in need. If anything, the better prepared you are to protect yourself and your family, the more you’re able to offer to those who need it the most.