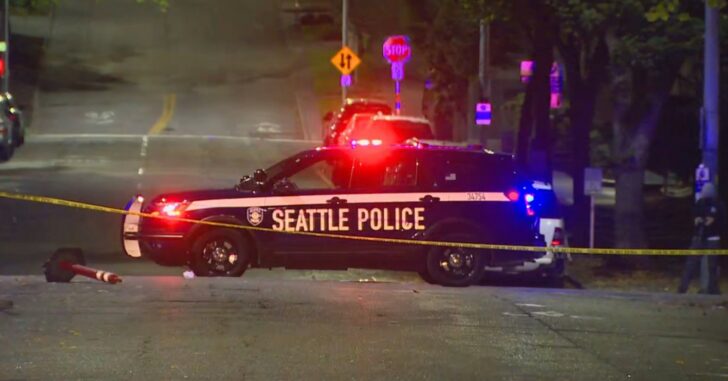 SEATTLE, WASHINGTON – A man on a Sunday morning walk was forced to defend himself with his concealed handgun after being physically assaulted on a Seattle street. Police say that they responded to reports of a shooting in the 3800 block of Stone Way North just after 9 a.m. Sunday.

On arrival, they met with a man who told them that he had shot another man. He stated that he was walking down the street when an unknown person allegedly crossed the road and began punching him in the head and the chest. During the assault, the victim pulled out his concealed firearm and shot the suspect, police say.

The suspect was located a few blocks away by police and was transported to Harborview Medical Center for non-life-threatening injuries. Authorities say that upon his release from the hospital that he will be booked into the King County Jail.

An online street view of the area shows a wide city street with two travel lanes and a center turn lane, flanked by a bike lane and on-street parking on both sides, with nicely landscaped sidewalks and a mix of single- and multi-story mixed use commercial/residential buildings.

This assault occurred on an urban street with nearly one-hundred feet between buildings, in broad daylight…a far cry from a narrow alley after dark. This incident clearly shows that a violent crime against and individual can happen any place and anytime. As concealed carriers, we must always be alert to our surroundings and ready to put our firearm and our training into action if justified