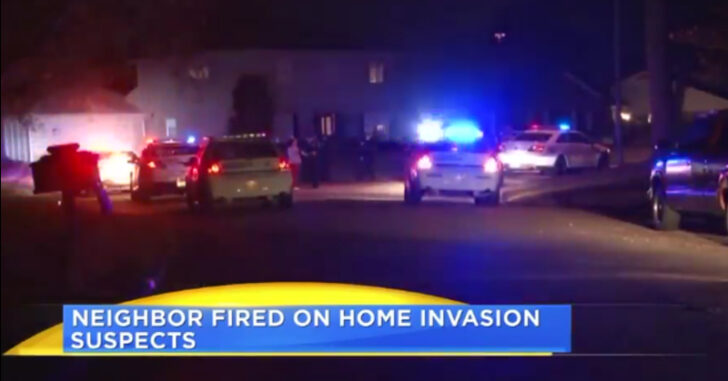 HOUSTON, TEXAS — An alert neighbor witnessed a home being broken into and he sprang into action while the neighbor being robbed was sleeping through the ordeal.

That neighbor was nearly run over after he confronted the burglars.

A neighbor confronted the two suspects as they were leaving through a back gate carrying Christmas presents and a flat-screen TV.

Deputies say the suspects dropped their loot and jumped inside a car before attempting to run the neighbor over. That is when he pulled a pistol out and shot twice into the vehicle.

While you should never fire on a fleeing suspect(s), the game changes when they try to run you over with a few thousand pounds of steel.

The suspects have yet to be heard from, but police are hoping that they make an appearance at a local hospital for gunshot wound treatment.