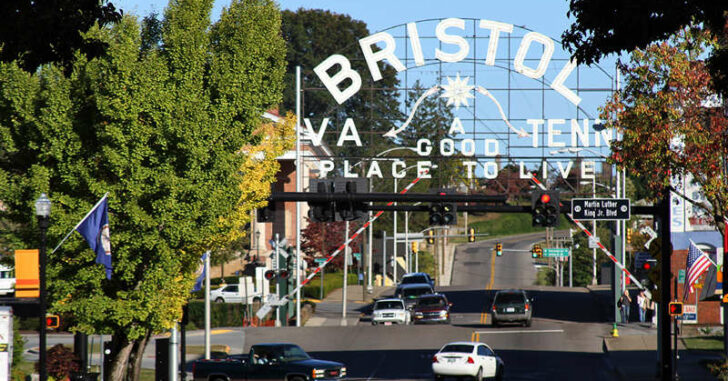 RICHMOND, VIRGINIA — In a surprising turn of events, Virginia Attorney General Mark Herring has effectively severed Virginia’s concealed carry reciprocity ties with a majority of other states it had previously had agreements with.  This is a pretty horrible thing that’s being lauded as a “common sense” approach to gun control enthusiast turned unilateral decision-maker Herring.

“Strong, consistent enforcement of Virginia’s laws and safety standards can prevent disqualified people who may be dangerous or irresponsible from utilizing a concealed handgun permit, and it’s what the law requires,” Herring said.

Potentially even more gruesome is the fallout from concealed carriers who live in border towns such as Bristol, Virginia — which effectively touches Virginia, Tennessee, and North Carolina.  As the Bristol Herald-Courier pointed out in a recent article, residents would have no way of being compliant with the current law as stated by Herring and would effectively have to disarm or face felony charges if caught with a formerly legal concealed carry pistol.

Imagine having to drive through your town, stop, disarm, and proceed or face severe charges.  That’s precisely the reality residents of these border towns will be facing as Virginia will no longer acknowledge their right to protect themselves.

“I would love to see every state recognize each other’s permits and have total reciprocity,” Newman said. “I’m a Second Amendment-rights person. Guns have been around for a hundred years—permits aren’t the issue—if people want to commit a crime utilizing a hand gun they don’t care if they have a permit.”

For residents of the border town of Bristol, Virginia, residents are completely flabbergasted by the decision.

“I think it’s a crock,” Culberson said. “I think this is a political play that will have a greater impact on Bristol, Tennessee residents than Virginia residents. If a Tennessee resident has a conceal-carry permit and has their firearm they won’t even be able to cross the street.”

Effectively, just as we were seeing states expand reciprocity and concealed carry laws in this country, we’re watching a traditionally pro-gun-rights state effectively turn into a little equivalent of Maryland.  This is absolutely insane.  More importantly, the Attorney General of the State of Virginia is an appointed position.  He wasn’t elected to office but he is unilaterally deciding the fate of Virginians, Tennesseans, and North Carolinians who will all be deeply impacted by this decision.

“A lot of the governor’s power is deferred to the General Assembly at that point and I’ll be getting with my collegues to circumvent everything this governor has done on this point,” he said. “I have a budget amendment that I’m looking at to take away his executive protection unit. If he’s so afraid of guns, then I’m not going to surround him with armed state policemen.”

Why should a tyrant get to have personal armed guards when he is effectively allowing his proxy-slave AG remove the ability for law-abiding Americans to do the same?

Previous article: Dad Pulls Gun On Doctors That Want To Pull Plug On Son, Who Later Recovers Next article: #DIGTHERIG - Robert and his Sig Sauer P938