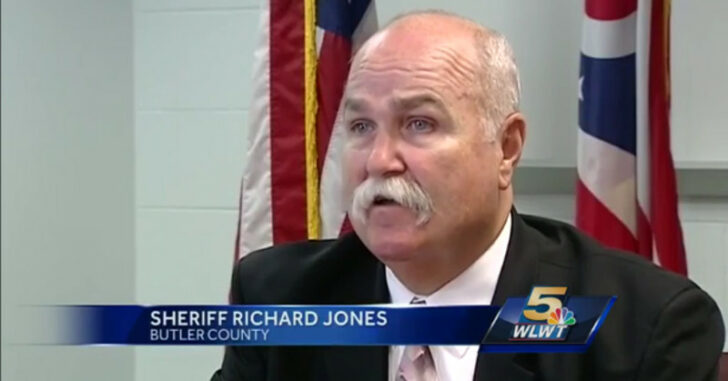 FAIRFIELD, OHIO — Sheriffs across southeastern Ohio are urging the public to go out and pursue concealed carry permits.  According to WLWT, Sheriff Richard Jones and Jim Neil have publicly come out and told residents to pursue concealed carry permits.  WLWT went immediately to a random gun store owner in Fairfield to interview him about what he thinks about gun sales.

Having an estimated 1 in 3 people who own one or more guns is definitely a factor into the logistics of an all-out invasion but perhaps it’s not the only reason we haven’t been overrun.  Let’s move on from that point, shall we?

There’s an understandable amount of fear stemming from the irregular cruelty of this year’s mass shootings and terrorist-related attacks.  It’s pretty easy to see the news and watch television and be naturally afraid for your life.  It’s something the news panders to.  The reality is that being a responsible concealed carrier means carrying everyday any ways.  The likelihood of a terrorist attack happening near you is pretty low.  It’s more much likely you’ll use that firearm to defend your property or your family from a common criminal, with the result being a much less sensational headline.

That said, it’s good to see two more sheriffs go public.  After every attack, gun sales always surge and the public feels at a loss to know how to handle these events.  The best solution is regularity.  Regularly practice, train, and carry your concealed carry handgun.  Regularly pay attention to your whereabouts and what’s going on around you.  Don’t let the news tell you what to be afraid of.

Oh, and if you haven’t already — go get one of your friends or relatives to start carrying concealed, too.  That’s an extra set of eyes to watch your back.

Previous article: #DIGTHERIG - Jeffrey and his S&W M&P Shield 9mm Next article: Does Having A Medical Marijuana Card Prohibit You From Getting Your CCW?