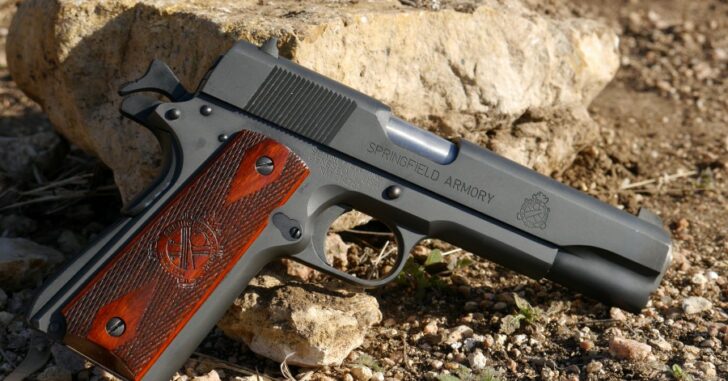 The Civilian Marksmanship Program is a system where the U.S. Government has been selling off their stock of aging firearms to the American public in an effort to promote the shooting sports and marksmanship training. They are best known as the prime source for M1 Garand rifles and M1 Carbines, but thanks to a bill signed today by President Obama the CMP may shortly begin to sell off the U.S. Government’s stock of 1911 handguns. These firearms saw combat from WWI through Desert Storm, and you can bet your butt I’ll be waiting in line to snap one up.

From the NRA press release:

Rounding out the list of pro-gun provisions is section 1087, which restores authorization to the Secretary of Defense to transfer to the Civilian Marksmanship Program surplus M1911 and M1911A1 .45 ACP pistols for sale to the public. The component of the CMP that dispenses the pistols would be required to obtain a federal firearms license and abide by all requirements of the Gun Control Act pertaining to licensed sales and transfers. Currently, the military has some 100,000 such pistols that it no longer needs and that are being stored as taxpayer expense. These historically-significant firearms can now be transferred to law-abiding owners at a net gain to the government’s heavily-indebted balance sheet.

This is the greatest thing. It’s like an early Christmas present from Barack Obama himself.