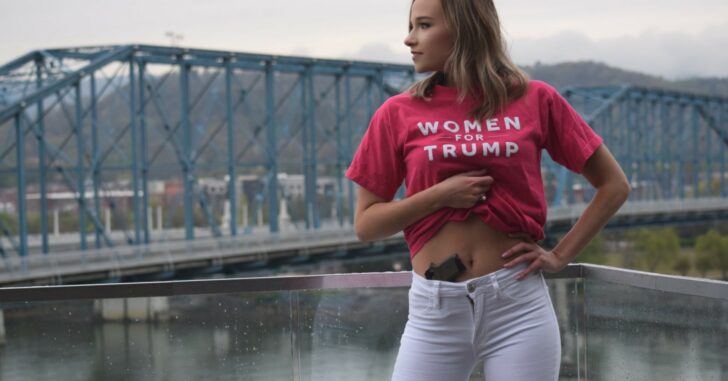 University of Tennessee, Chattanooga, senior Brenna Spencer is standing by her decision to pose with a gun in her waistband for a graduation photograph.

She indicates the laws of Tennessee allow her to carry and she might as well be photographed while doing so.

Spencer told reporters that the response to her photo was nothing like she thought it would be. While she expected a little talk about what she did, she never expected this.

“The response to the photo has been tremendous, including many negative comments,” Spencer said. “I did think that it would get a little attention but not to this degree. It was really, really surprising to see the amount of hate that I got.”

Hate or not, Spencer made the decision to show her support for the 2nd Amendment and concealed carry.

One thing I will mention, though, is that Spencer should get a holster for that firearm immediately. If you’re reading this, Spencer, get in touch with us via email and we’ll hook you up.