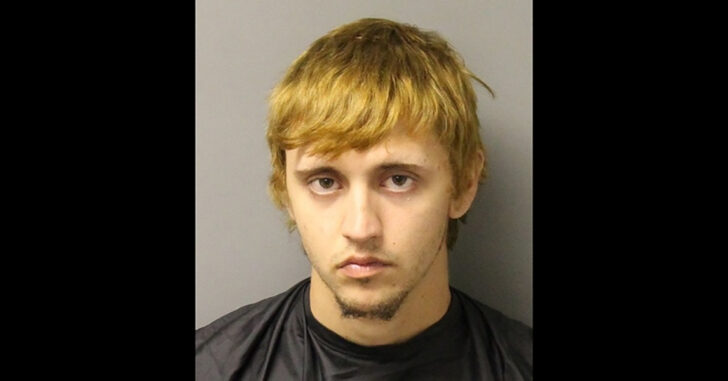 WALHALLA, SC — Tyler Broome was something of a problem. The budding young felon had been caught trespassing on Robert McDowell’s property in northwest South Carolina before, as recently as last summer. Oconee County Sheriff’s spokesman Jimmy Watts says that Broome “had been served with a trespass notice from the same address on Quarter Horse Trail on June 21, 2017.”

That warning apparently didn’t make much of an impression on Mr. Broome. Early Wednesday morning, he was back at it again, prowling on the McDowell property which he undoubtedly saw as a good target for a burglary. It’s almost as if criminals don’t really worry about legal niceties like trespass notices, restraining orders or prohibited person laws.

Robert McDowell discovered Broome on his land and held him at gunpoint while his wife dialed 911.

While deputies were on their way to the home, they were told shots had been fired and the homeowner, later identified as 63-year-old Robert Steven McDowell, had been shot.

Deputies said McDowell’s wife took them to the back of the home, where they found McDowell. Deputies said they administered first aid on McDowell until paramedics arrived.

Broome had put one round in the property owner’s stomach. McDowell got off a shot as well, hitting Broome once.

Both men were taken to Greenville Memorial Hospital for treatment. McDowell died about 6 a.m. Wednesday, the coroner said.

Broome won’t be trespassing on anyone’s property again for quite a long time. He “faces charges of murder, possession of a weapon during the commission of a violent crime and entering a premises after warning, according to warrant documents provided by the Sheriff’s Office.”

End result: an innocent man is dead and the taxpayers of South Carolina will be responsible for the care and feeding of a 24-year-old murderer for most of the rest of his life. And so it goes.