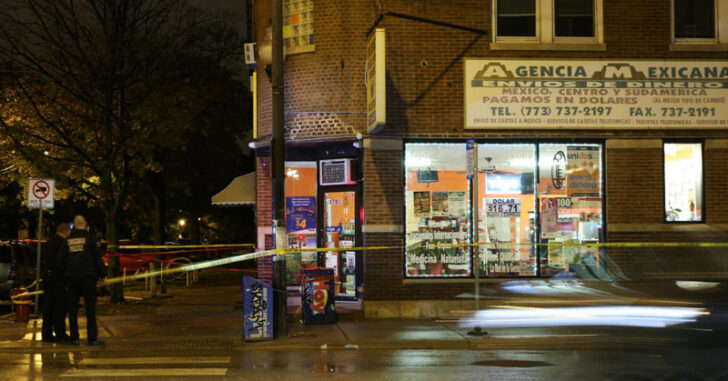 CHICAGO, ILLINOIS — One man is dead after he tried to rob a store at gunpoint Saturday night on the Southwest Side of Chicago. The man, identified as 55 year old Reginald Gildersleeve, was shot and killed by an armed patron who happened to be at the store during the robbery.

Citing preliminary information, police said a man walked into a store around 7 p.m. in the 2700 block of West 51st Street in the Gage Park neighborhood on the Southwest Side, announced a robbery to an employee working behind the counter and displayed a handgun.

After that, the armed customer made the decision to draw his firearm and shoot the suspect. Gildersleeve was pronounced dead at the scene.

Police say that the armed citizen has a valid concealed carry license and a valid firearm owner’s identification card.

The sourced article goes on to talk about 6 other shootings in Chicago over the weekend, most or all are likely to be gang related. It’s refreshing to see a story come from Chicago where an armed citizen is able to defend themselves against the rampant crime that has been plaguing the city for decades.