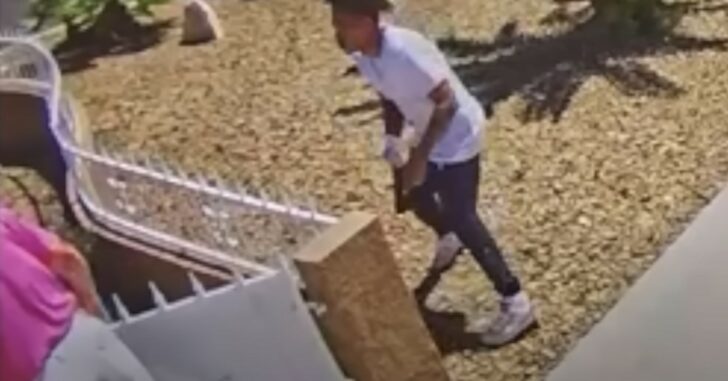 A Las Vegas homeowner is lucky to be alive after a robbery attempt yesterday. It looks like luck was on his side.

Shortly before 2:30 PM yesterday, a Las Vegas, NV man returned home and parked his car in his garage. At the same time, a man attempted to rob him either inside of his garage or just outside of it.

After three malfunctions, the suspect decided to run off. He jumped into a nearby vehicle and sped off. The police are still looking for the suspect.

And this is exactly why I carry. Every. Damn. Day. No one is coming to save you—only yourself.

Previous article: Even If People Are There, They Might Not Be Willing To Help Next article: Idiot Woman Pops Off Some Rounds Towards A Vehicle With A 2-Year-Old Inside During Road Rage Incident