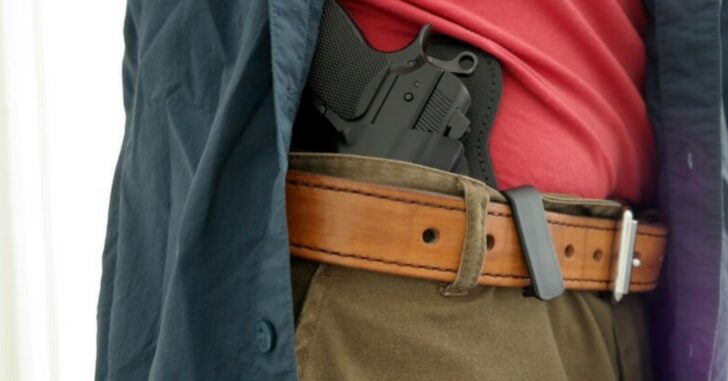 We’ve seen our fair share of tragedy over the last decade.  Mass shootings, the loss of life, the cracking of the very fabric of society… Sometimes it’s hard to come up with solutions to these problems.  But what if a solution already existed — and best of all, it worked?

It does.  It’s called carrying a concealed firearm every day.

In this article, we’re going to highlight just five recent situations that could have resulted in far worse violence had a concealed carrier not been present and able to defend himself and others.  These situations all highlight a simple truth: the best response to a mass shooter is a well-armed, law-abiding concealed carrier. In May of 2008, a 48-year-old patron was frequenting his favorite bar some 160 miles northeast of Reno, Nevada, when a disgruntled Ernesto Villagomez, 30, entered the bar and opened fire indiscriminately upon an estimated 300 people.  Two people were immediately struck by the gunfire and fell.  The valid concealed carrier took out his pistol and fatally shot Villagomez before the gunman could proceed any further.  He was initially taken into custody but later released after the Humboldt County District Attorney determined it was a justifiable homicide.  Both shooting victims were able to be evacuated and receive life-saving medical care. In a story we covered earlier in the year, a Chicago Uber Driver saw Everardo Custodio, 22, open fire on a crowd milling about Logan Square.  The driver, 47, took out his concealed carry pistol and judiciously hit Custodio several times — disabling him from further engaging bystanders.  Chicago police arrived to find Ernesto struck several times from gunshot wounds originating from the driver.  The driver was released without charges.  No bystanders were hit by bullets and no other injuries were reported in connection with this event. CASE 3: Philly Barbershop Under Attack — Concealed Carrier To The Rescue

Another “concealed carry in action” story we covered involved a concealed carrier who came to the rescue after a man took out his gun and opened fire on customers and barbers.  The fight was the result of an argument which spiralled out of control and the man who took out his gun and opened fire in an establishment which also had children inside.  A concealed carrier heard the gunshots and fatally shot the gunman in the chest.  No one else was injured due to gunfire. In a vicious case involving the death of one man and the critical injury of another, a Luzerne gunman was sentenced to serve 25 to 50 years only after he was stopped by a concealed carrier in the bar.  According to court records, William Allabaugh was asked to leave a Plymouth bar in September of 2012, after he was spotted with a gun.  He shot a man in the bar and then ran outside and fatally shot another.  It was then that video surveillance shows he turned around to go back inside.  Thankfully, there was a concealed carrier there waiting to take him out — and that’s precisely what happened.

“The video footage and the evidence reveals that Mr. Allabaugh had turned around and was reapproaching the bar. Mr. Kiter [the concealed carrier] then acted, taking him down. We believe that it could have been much worse that night,” [Luzerne County A.D.A. Jarrett] Ferentino said. CASE 5: Churchgoers Stop Gunman Before He Can Do Harm

This is what all concealed carriers hope for — the peaceful resolution of a potentially violent conflict.  In March of 2012, 38-year-old Jesse Gates showed up to the South Side Free Will Baptist Church in Boiling Springs with a shotgun after having left the church earlier in the morning.  Aaron Guyton, the pastor’s grandson and a concealed carry permit holder, noticed Gates’ pickup truck return to the parking lot.  He saw him take out a shotgun from the back.  That’s when he alerted other members of the church and went out the back.  Church members locked the doors and sheltered in place while Guyton moved around the periphery to flank Gates.  According to Spartanburg County Sheriff Chuck Wright, Guyton operated clearly by the book.

“He locked the door, and they were calling 911 at the same time. He didn’t draw his weapon or make any actions towards this gentleman until he forced the issue,” Wright said.

Gates was successfully taken down by the pastor’s grandson and several other churchmembers without any shots being fired.  No injuries were reported as a result of the incident and both Gates and his sister were charged with aggravated assault.

This is just a small sample of a number of situations handled successfully through the use of a concealed carrier in the right place, at the right time, and with the right mindset.

While it’s impossible to know when and where danger will rear its ugly head, this much is certain: you can either leave your life to chance or you can be willing to take an active role in protecting yourself and other members of your community.