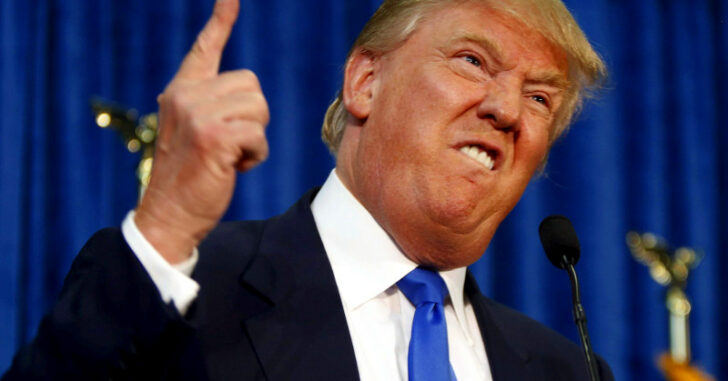 NEW YORK, NEW YORK — In a recent interview with CBS’ John Dickerson from Face The Nation, Trump conceded that he does occasionally carry a concealed handgun around.

“I will tell you, I feel much better being armed,” Trump said to Dickerson.

The Business Insider went indepth on that interview and its implications for Trump’s bid for the Republican Nomination for the 2016 Presidential Elections.  We’ll let Business Insider do the political side.

On the practical side, 99.99% of us don’t have bodyguards following us 24/7.  For us, carry concealed everyday.  Once you get your own Secret Service detachment following you around or can afford to keep a platoon’s worth of private security contractors on staff, carrying concealed is just a convenience factor.

Trump should know — he’s one of the very few legally licensed and registered concealed carriers in New York City.  The State of New York, itself, is somewhat permissible to a citizen becoming licensed to carry a concealed firearm.  The area designated as the Five Burroughs (Manhattan, The Bronx, Brooklyn, Queens, and Harlem) and Nassau County (Long Island) — concealed carry is but a dream for the law-abiding citizen.  For the criminal, however, it’s easy.

Notable in exception to the draconian (and unconstitutional) gun policies in place, are noted celebrities: Marc Anthony, Robert De Niro, Howard Stern, and Harvey Keitel.  What a coincidence!  If you’re famous and have a boatload of money and influence, you’re allowed to keep your Second Amendment right.  For everyone else?  Beat feet, punk.

“The NYPD is extremely thorough in their investigation,” said divorce lawyer to the stars Raoul Felder, who also has a permit to carry. “In other states, you fill out a form, swear you are not a lunatic, and you get it.”

Hmm… Crazy… We thought that a court order determined the state’s ruling on sanity.  Apparently, it’s subject to interpretation by whatever NYPD investigator happens to do a Kafka-esque investigation into your personal life.

An additional point of irony is that nearly everyone in NYC who can (through leveraging fame, money, and lawyers) obtain a concealed carry permit can probably also reasonably afford a full-time private army.  That’s not to say we don’t agree with them having that right — far from it.  But what about the average law-abiding resident of the Five Burroughs?  You think they’d like to not be violently robbed or beat up?  Do you think they’d also like to be able to defend their family and themselves if armed burglars storm through the door?

It’s crazy to think that throughout large portions of the country, state and federal law dictates the conditions by which we may decide who is fit to carry a firearm and yet one city gets to make up arbitrary rules on a whim.

For the rest of us out there (sorry to leave you hanging, New Yorkers), carry every day — even if you can afford Academi.

Previous article: The Yankee Marshal Calls For #carryeverywhere Except Committing A Felony. Unless You Really Want To. Next article: Here Are 5 Times Concealed Carriers Have Stopped Mass Shootings