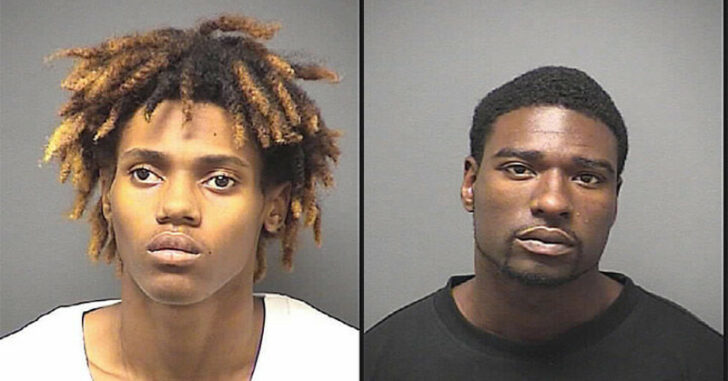 GREENSBORO, NORTH CAROLINA — The recent 911 audio transcripts for a fatal home invasion have just now surfaced courtesy of Greensboro.com.  In it is the harrowing, emotional details surrounding a home invasion that left one occupant dead and two robbers injured.  Both robbers have been captured and charged with robbery with a dangerous weapon and first-degree burglary.

According to the 911 transcripts, occupant of the home awoke to multiple intruders already inside his home.  Initially, he thought it was just two but as the transcript continues, he finally suspects four.  Two were shot using a firearm the home occupant obtained from one of the robbers.  One of the robbers apparently dropped his firearm onto the ground – and this was in turn immediately used by the occupant.

Unfortunately, authorities are still unsure who delivered the fatal gunshots to the elderly woman who also lived in the home.

Police said 72-year-old Doris Hampton Leach, who lived at 1100 Huffine Mill Road, was taken to Moses Cone Hospital in critical condition after being shot about 10:40 p.m. that day. She died from her injuries on Monday.

While there may have been more than one robber present, neighbors reported in vicinity of five shots being fired in total.  Two neighbors called into police before the home occupant was able to.  By the time police arrived, they found Tyriq Christopher McCain, 16, and Jeffrey Bernard Cobb, 29, assisting one another down the road.  They had apparently suffered gunshot wounds and were suspected of escaping the scene.  However, pending a formal investigation and forensics, they are not currently being held on charges of homicide relating to the death of Doris Hampton Leach – though some states charge the criminal with any deaths that occurred as a result of the criminal action.

It is unclear whether or not the occupant was using the same firearm obtained from the robbers throughout the gunfire or if he was able to switch to a home defense firearm.  Police are still investigating the situation but it certainly is a tragic one from which I hope lessons can be learned.