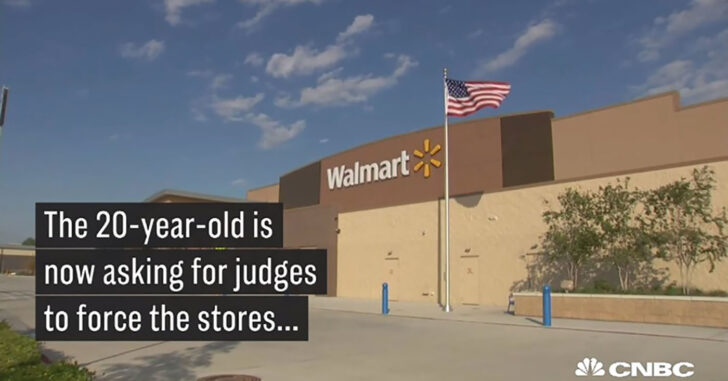 A 20-year-old man from Oregon is taking on Dick’s Sporting Goods and the largest retailer in the world, Walmart, for their recent age requirement change on the sale of firearms. The restriction, which was announced by both companies in the wake of the Florida school shooting in February, was something that many said would be met with legal resistance.

Both companies upped the age to purchase firearms from 18 to 21 years old, as well as banning the sale of the fictitious “assault weapons”.

Tyler Watson’s lawsuits filed against the retailers in two separate counties claim he faced age discrimination from Dick’s and Walmart, The Oregonian/OregonLive reported . The lawsuit is believed to be the first filed over the new gun policies enacted on Feb. 28.

The lawsuit claims a store owned by Dick’s Sporting Goods in Medford, Oregon, refused to sell Watson a .22-caliber Ruger rifle on Feb. 24. The suit says Grants Pass Walmart in Oregon refused to sell him a gun on March 3.

Watson is looking to change the stores’ policies in Orgeon by again letting 18, 19 and 20 year-olds purchase rifles. He is also looking for unspecified punitive damages.

Walmart, however, says that it will not be changing it’s mind and will defend it’s decision to implement the change.

Walmart spokesman Randy Hargrove said, “We stand behind our decision and plan to defend it. While we haven’t seen the complaint, we will respond as appropriate with the court.”

This lawsuit is likely to be one of many, and we will be watching to see how things play out.