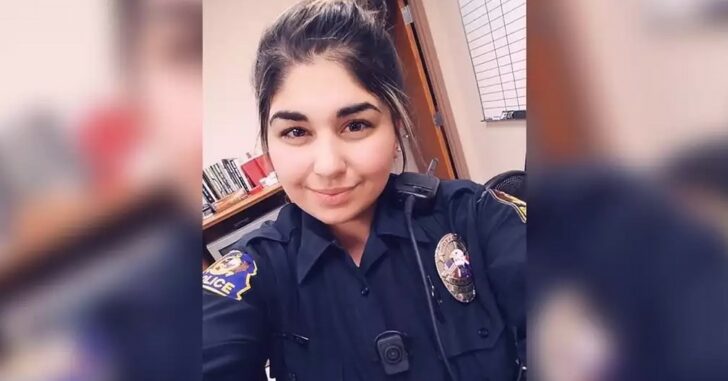 WINSTON, MISSOURI — An officer who was helping transport an inmate to a hospital for a mental health evaluation, found herself in a struggle for her life after the inmate was able to break free and gain access to her firearm.

The attack occurred just after 3 p.m., as 24-year-old Trenton Police Department (TPD) Officer Jasmine Diab was transporting an inmate from the Trenton jail to the Mosaic Hospital in St. Joseph for a mental evaluation, WDAF reported.

Officer Diab was approximately 30 minutes into the transport when the restrained inmate, 38-year-old Jamey Griffin, managed to gain control of the officer’s duty weapon inside the transport vehicle, according to WDAF.

The vehicle they were in came to a stop, and a group of citizens at a nearby business had noticed that something didn’t seem right.

Then, they noticed the man trying to force the officer to drive the vehicle. At this point, a different group of citizens went after the fleeing vehicle for roughly a quarter mile down the road.

One of those citizens was armed, and didn’t hesitate.

“One of these men was armed and was able to defend himself and others without even firing his weapon just by pointing it at the suspect!” witness Michelle Weller wrote in a Facebook post. “Because he had his weapon these men were able to grab the suspect pull him out of the car and hold him down on the ground until officers arrived on the scene.”

Officer Diab was transported to the hospital via helicopter, where she underwent multiple surgeries. Her condition was upgraded to stable, and she is said to be in good spirits.

Recently, Diab had visitors consisting of the armed citizen and others who helped her on that day.

“I was lost for words and overly emotional as these two gentlemen entered the room,” Diab wrote in a Facebook group created to offer her support.

“I may be a hero but these two will always be my heroes,” she said.