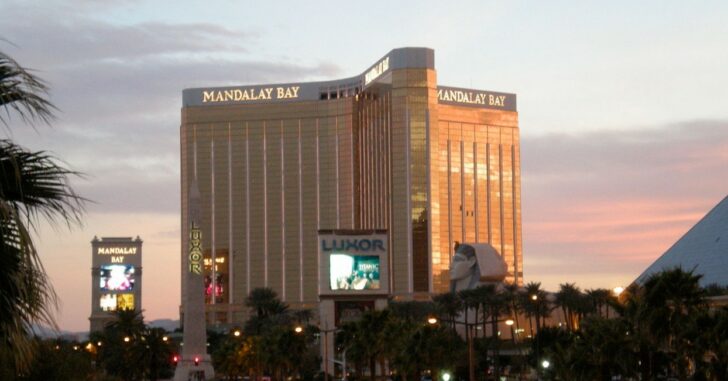 It was about 7 o’clock in the morning, and I was fast asleep because I didn’t get to bed until around 3 am. I wake up to my Fiancée talking about something bad happening in Las Vegas. 90% asleep, I’m thinking to myself “this had better be worth waking me up”.

I wake quickly upon hearing the words “lots of people shot and killed” spill from her mouth. She was very emotional not only because of what had happened, but because that’s where she lived for a few years before moving to the east coast with me. She was worried about her friends, and for all the people who were killed and injured.

I get on my phone to start reading through as many articles as I can find, and I just can’t believe what I’m reading. It was a planned day off, and now I had to research why one man would do such horrible things to so many people. That’s not a complaint about doing work, but more of a “**** you” to the guy on so many levels. Mainly, of course, for his actions and disregard for life. What mental state must a person be in to accomplish something so horrendous? How evil must a person be to commit such a crime?

In just a few hours, we were set to go visit the 9/11 Memorial in lower Manhattan. I thought to myself, “I wonder if this Vegas incident is terror-related”. I always find myself wondering that when we see these stories. The guy is a terrorist. Right?

I proceeded to write an article that gave the overall scope of the situation and at the time, many details were unknown.

Now, we know that he didn’t use automatic firearms, but rather bump-stocks. Let’s wait to see the proposed bans that will come of this.

In any event, this man seemed to have spent hours, days, and maybe months planning this attack. He was apparently rich, and obviously unstable. He is said to have been living a secret life that few, if any, knew about.

How do you stop someone like this? Honestly, I’m not sure that you do.

He had a large collection of firearms that he gathered over the years. Many articles reference his ‘cache’ of firearms and ammunition, but I know many people personally that have similar collections.

They aren’t going on any rampages.

It’s yet another case of an individual with secret motives and desires, and he flew under everyone’s radar. There isn’t a whole lot that you can do about that.

Later on that day, we go visit One World Trade Center, the memorial, and the 9/11 Memorial Museum. It was an extremely emotional experience, heightened even more by the events of earlier.

I don’t think that we’re meant to understand these things. We can only use them to learn what we can and make realistic changes to try and prevent them from happening again.

But really, to my point earlier; are we ever truly going to stop everything like this? No, because it’s an impossible feat.