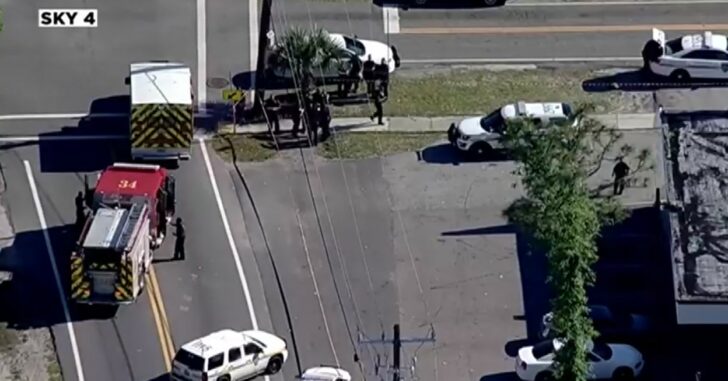 JACKSONVILLE, FLORIDA — Police have arrested one ‘violent felon’ and are looking for another after a deadly gunfight that broke out between a group of thugs.

The fight was reportedly about $180.

The girls were caught up in the middle of the shootout as they waited in the car while their mother was inside the store.

One thug involved in the fight went up to the girl’s mother and apologized before running off. Just like a coward would do.

The sheriff’s office issued arrest warrants Tuesday for two men – 31-year-old Johnathan Hall and 50-year-old Tom Everett Jr. – in relation to the shooting. Both have prior arrests, and Williams said Everett’s rap sheet is 15 pages long.

Everett was captured by police and faces a host of charges, including second-degree murder and possession of a firearm by a convicted felon.

Let’s hope that police are able to find all those involved, and hold them accountable for their actions and participation. Dangerous animals need to be put down.