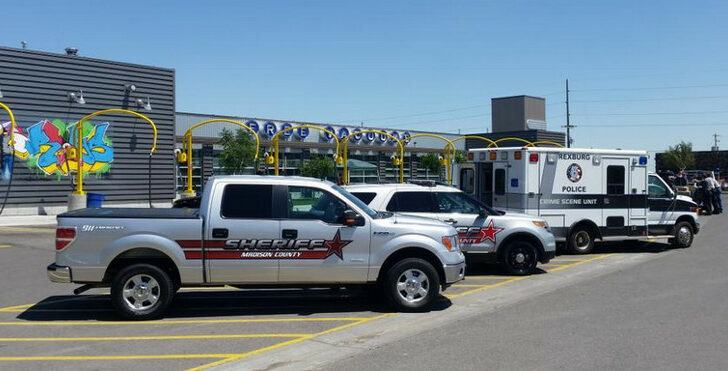 That may or may not be the case with a confidential report leaked to the Idaho Reporter.

In that report, the Idaho Reporter alleges that between 2011 and 2014, Madison County Sheriff’s department used funds accrued through the concealed carry application process to buy guns, carpet, vehicles, and a whole host of things unrelated to the permitting process.

As it turns out, some Idaho residents aren’t at all pleased with the Madison County Sheriff’s department decision to use concealed carry permit application fees as the veritable slush fund.  The president of the Idaho Second Amendment Alliance, Greg Pruett, recently spoke out against the allegations.

“Madison shouldn’t use responsible gun owners as the agency’s piggy bank,” Pruett said. “ISAA has long believed permit fees serve as a revenue stream for sheriff’s offices and this just proves it.”

And it wasn’t just carpet or building renovations or any one particular thing – it was the concept that Madison County Sheriff’s department levied those fees against law abiding citizens to fund whatever nice new toy coming down the line.

The Idaho Freedom Foundation and the Idaho Second Amendment Alliance jointly revealed the wide disparities in permit costs in a video released last month. The project found Teton County’s permits as the most costly at $115. Just 96 miles away, applicants pay $62, the lowest in Idaho.

Are concealed carry permitting fees simply being funnelled into some sheriff’s largess?  As this issue seems to expand, non-profit awareness groups are researching how Madison County, Idaho, may be just an indicator of what’s going on all across the state.

Previous article: Another Self-Defense Shooting By A Concealed Carrier; Criminals Take Note, It's A Growing Trend Next article: Uber Driver Defends Himself With Firearm And Gets Fired, Per Uber Policy: What's Your Take?