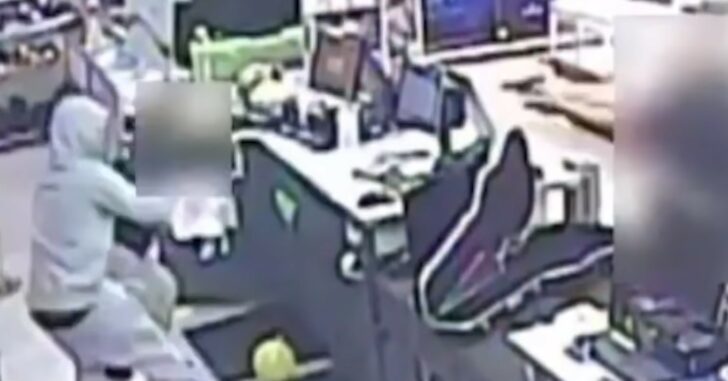 There are two sides to everything, and as much as we never want to see it, the good guys don’t always come out on top.

We share successful self-defense stories daily, and mixed in with those are stories of those who tried defending themselves. They tried, and sadly did not make it.

One such story out of Houston shows us just that, and it was all caught on surveillance video.

When the armed robbers stormed into a pawn shop, they had money on the mind. What they didn’t know is that an armed citizen was standing at the counter, and he was about to use his gun in an effort to stop the criminals.

He fired, but missed his target. He was then shot in the chest by one of the armed criminals.

There are a lot of points to take from this video, as John walks us through what went wrong.