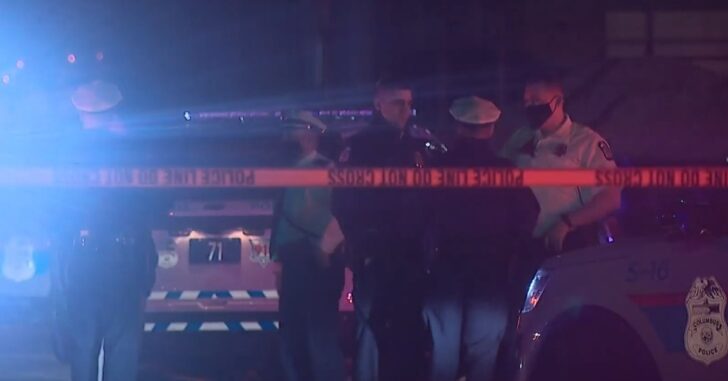 COLUMBUS, OHIO – A 22-year-old man shot and killed a 19-year-old after he was allegedly attacked early Saturday morning.  Columbus police were dispatched to a shooting in the area of Vine Street and Kilborne Street, near the Arena District, at 3:21 a.m.

Upon arrival, they found a man identified as Cameron Kates suffering from an apparent gunshot wound. He was transported to Grant Medical Center, where he was pronounced dead. Another 19-year-old was also grazed by a bullet during the incident.

Police say that Kates and a group of others approached the 22-year-old as he drove down the street. Kates punched the man, then reached for his waistband.  The victim, an Ohio Concealed Carry License holder, drew his gun and shot his attacker.

No charges have been filed and the case will be reviewed by the Franklin County Prosecutor’s Office, according to police. Kates’ death was the 46th homicide in Columbus this year. This shooting, in which the victim is claiming self-defense, comes only a week before Ohio’s new “stand your ground” law goes into effect.

Until April 4th, the use of deadly force in self-defense is permissible only under the following circumstances: They were not at fault in creating the situation, there was a threat of imminent or immediate death, there was a not a reasonable means of retreat, and the use of such force was reasonable.

After April 4th, the following circumstances will justify the use of deadly force in self-defense: The person is not the aggressor, the person believes they are in imminent danger of death or great bodily harm, and the person is in a place where they have a legal right to be (i.e., they are not trespassing).

The two most prominent changes are the elimination of any duty to retreat, and the addition of the threat of bodily harm. Since the victim was driving down the street and the aggressor was on foot, one of the main factors will be whether there was a reasonable means of retreat, as the law in effect at the time of the incident will be applied to the case.

Previous article: GUNS COST TOO MUCH!! Next article: Woman Shoots Into Drive-Thru Because Her Order Was Taking Too Long