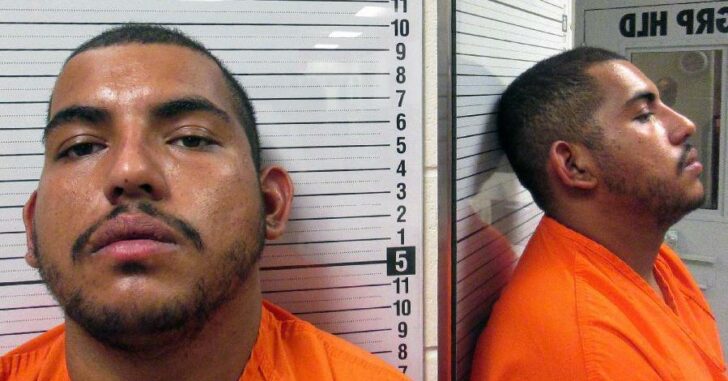 There’s nothing wrong with being helpful to strangers in need. If a stranger needs assistance, all things being equal, render it. Do unto others as you would have them do unto you. But even as you play good Samaritan, have a plan to defend yourself against unwarranted attack. Be ready to defend yourself. Not kill. Use your firearm or other methods – including running away – to stop the threat. Otherwise, this can happen [via news.yahoo.com] . . .

HELENA, Mont. (AP) — An 18-year-old Wyoming man accused of robbing and shooting three members of a family after asking for roadside help told investigators he opened fire after one of the victims laughed at him, an FBI agent said in a court filing Thursday.

Jason Shane, 51, and Tana Shane, 47, died in the Wednesday shooting in the small town of Pryor, FBI spokesman Todd Palmer told The Associated Press. Their daughter, 26-year-old Jorah Shane, was shot in the back when she tried to run away, and she is recovering in a Billings hospital, the woman’s aunt, Ada Shane, said.

Two FBI agents interviewed Deniz on Wednesday, and Deniz acknowledged shooting three people with a .22 caliber rifle and then driving away in their car, McGrail’s statement said.

“Deniz told the interviewing agents that he shot the victims because he was getting tired of waiting around, and because the daughter had laughed at him,” the statement said.

I’m assuming that Jesus actually had car trouble; that his roadside emergency wasn’t a ruse to lure unsuspecting victims to their doom. That this horrific crime wasn’t a homicidal carjacking. Either way, the wider point remains: if you decide to help a stranger, keep your guard up. Maintain situational awareness. If something seems wrong or odd about the situation, if the stranger seems “off,” listen to your instincts and disengage. Quickly. Politely.

The critical factor when meeting new and potentially dangerous folks (which all folks are to a greater or lesser extent): distance. No matter how well things are going when you first meet or talk to a stranger or strangers, keep your distance. The difference between standing three feet from someone and putting five feet between you and them can be the difference between life and death. As things warm-up, sure, move closer.

Or not. Your call. Bottom line: this aphorism is not about paranoia. It’s a about preparedness. Being aware that strangers may turn out to be a lethal threat, and having a plan to escape, avoid or attack them to stop the threat, doesn’t make you a bad person. It makes you a good person prepared to defend innocent life, by force of arms if necessary. In my eyes, that’s a noble thing. But it does require vigilance, sometimes more than others.

Previous article: Armed Senior 'Santa' Stops Home Invasion, Will Give Coal To Neighbor This December Next article: Online Concealed Carry Permit Certificates: Arizona OUT, Virginia IN; Find Out Why