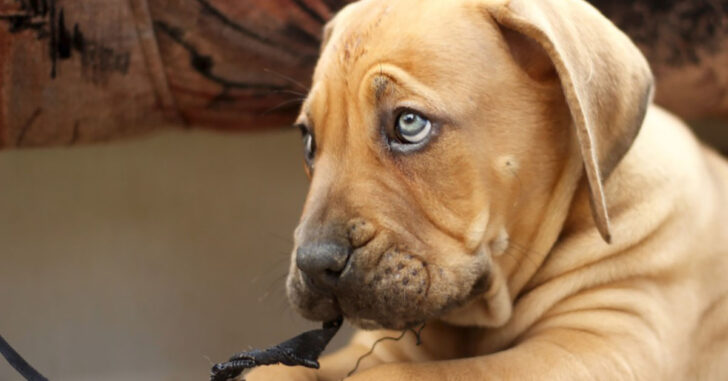 FORT DODGE, IOWA — Here’s a headline I never thought I’d be writing. A 51-year-old man was shot, technically by his dog, after they were roughhousing on the couch. It seems that during the play between the two, the firearm’s safety was disengaged and the trigger was pulled.

He says when the pit bull-Labrador mix bounded back up, he must have disabled the safety on the gun in his belly band and stepped on the trigger.

The gun fired, striking one of Remme’s legs. He was treated at a hospital and released later that day.

I know that many people use belly bands to house their firearms, but this incident highlights the importance of having a trigger that’s actually protected. With the thin fabric that these bands are made of, there is still the threat of having something depress the trigger. Case in point.

Since the beginning, I’ve been a proponent of firearm-specific holsters. What’s the definition of a holster with proper… holstering abilities?

That’s pretty standard stuff, and will negate a firearm going off during any rough play such as this. It’s essential to follow these rules when choosing a holster for your firearm.

Luckily, the man is going to recover and was not seriously injured during the incident. Man’s best friend is still man’s best friend, as the man said that his dog laid down beside him after the gun went off and started crying as if he had done something wrong.

Previous article: Mother Fatally Shoots Son As He Was Choking His Sister Next article: VETOED: Oklahoma Governor Says No To Constitutional Carry