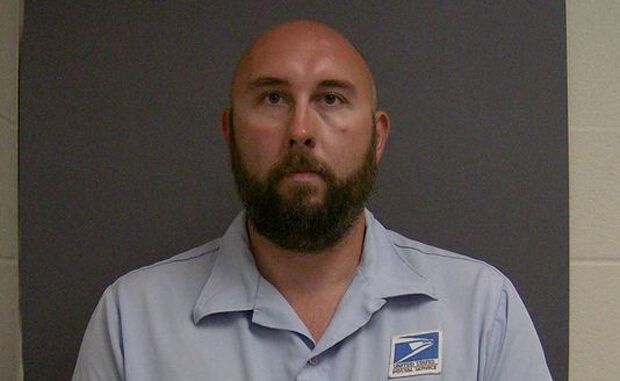 A man in Indiana is being sent to jail after he shot a home intruder in April. David McLaughlin, 32, was found guilty of criminal recklessness resulting in serious bodily injury by a Jay Superior Court jury on Sept. 4.

Yesterday, Judge Max Ludy Jr. agreed to reduce the charges from a felony to a misdemeanor. The Judge sentenced McLaughlin to 60 days in jail followed by four months of home detention.

The man who broke into the home, 29-year-old David A. Bailey, was shot once in the left arm by McLaughlin.

So why was McLaughlin charged with a crime in the first place?

Testimony indicated he fired three gunshots April 21 at a man he said had broken into his garage, at least two after the intruder had left his property and was running down an alley.

Moreover, the first shot fired was in the direction of a neighbor’s home, and the judge called the actions of McLaughlin “reprehensible”. I don’t know the layout of the property or it’s relationship to the neighbor’s house, so it wouldn’t be fair for me to comment.

It should be a well-known fact, however, that you don’t shoot at something without knowing what’s behind it. In other words; always be aware of what’s beyond your intended target.

It should also be a well-known fact for gun owners that once a threat is gone, you do not pursue.

McLaughlin also mentioned that when he was firing, he “prayed to God” that his bullets didn’t hit their intended target.

While I commend McLaughlin for taking his safety into his own hands after a person had broken into his home, I find it irresponsible that he would fire a gun with the hopes of not hitting his intended target. You never fire to scare a threat, you fire to stop a threat.

And, there’s also this:

“I never want to hold a firearm again,” [McLaughlin] said. “I never will.”

While he now realizes that firearms aren’t for him, it should have been something that he thought about before owning one and firing it at an intruder. If you’re going to own a firearm for self-defense, you need to be able to take a life if necessary.

I don’t mean to tear this guy apart, but it’s incredibly important to be prepared and aware of these things before a need arises.

What do you think of the Judges’ decision in this case?