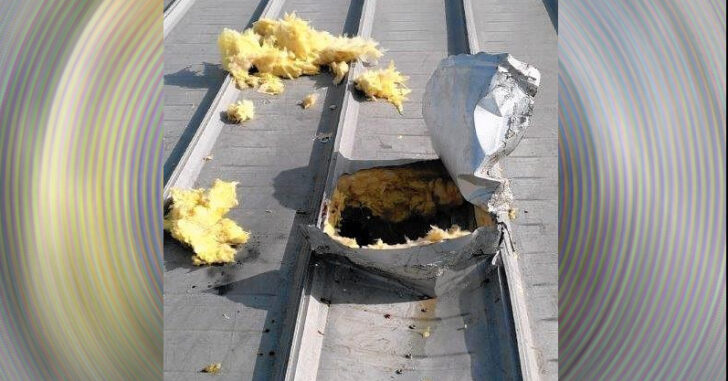 ORLANDO, FLORIDA — It’s not the first time but we’re all hoping it’s the last.  Al’s Army-Navy Store on Orange Blossom Trail has been hit again.  This is the third time this gun store has been robbed and each time, the thefts just keep getting more and more creative.  The most recent occurrence was covered by the Orlando Sentinel.  In their article, owner Neal Crasnow looks on with astonishment and disbelief at this cat burglar’s method of entry.

“It must be Spider Man,” Crasnow said, describing how the burglar shimmied down a rope and climbed back up at least once stealing 73 guns. “I can’t think of who else.”

Not quite but still impressive.  According to Orlando police, the alleged unnamed suspect climbed onto the roof of Al’s Army-Navy Store and cut a hole in it.  From there, the police allege the burglar rappelled down and stole an estimated 73 firearms.

Because the store’s alarm system wasn’t rigged to the floor or the roof, the burglar had a clear way to get in and out without detection.

And he would have gotten away with it if it weren’t for those meddlesome kids!  Well, more like police.  Because as the Orlando Sentinel further reports, he didn’t make it too far.  Apparently, there’s something suspicious about a man on a tricycle, at night, peddling with a huge number of firearms in his basket.

When Orlando police caught him, they were able to account for 69 of 73 missing firearms.

Not Al’s First Time Getting Knocked Off

There can be no doubt in anyone’s mind that those firearms, if they had made it to market, would never have seen the hands of law abiding citizens looking to protect themselves and their families.  It’s virtually guaranteed that the next set of hands they were going to reach would have been criminals with the money to spare.

At an average street value of $500 per handgun, this unnamed burglar managed to haul a conservative $36,500 in his getaway tricycle.  At retail, that figure would be closer to $120,000 – if not more.

This follows in the wake of a 2006 break-in which involved an SUV smashing through the door of Al’s Army-Navy.  Neil Crasnow had since installed a crash gate to ensure that stunt couldn’t be repeated.  Around 400 guns were reported stolen in that incident.

And then again in 2013, burglars broke down the back wall of a different Al’s Army-Navy.  So the chain of gun stores seems like they’re targets of high value for criminal elements in Florida.  And who can blame them?  Those weapons easily double in value when they hit the black market.

Don’t Be Al – Secure Your Weapons

According to the Bureau of Alcohol, Tobacco, and Firearms, more than 19,000 firearms are stolen or lost every year.  That’s not a very high number but it’s a number that each concealed carrier should be aware of – because your firearm shouldn’t be next.

If you’re not using it – lock it up.  And if you are using it – keep it accountable.

Other ways to lose your firearm:

There’s a lesson somewhere in this for both Al’s Army-Navy Store franchise and responsible concealed carry owners.  Minimize your ability to lose your firearm and you’re much more likely to retain it.

Previous article: [VIDEO] This Is How Quickly Things Can Change: Man Pulls Gun On Officer, Officer Fires, Ruled Self-Defense Thanks To Body Cam Next article: De-escalation Of Force For Concealed Carriers