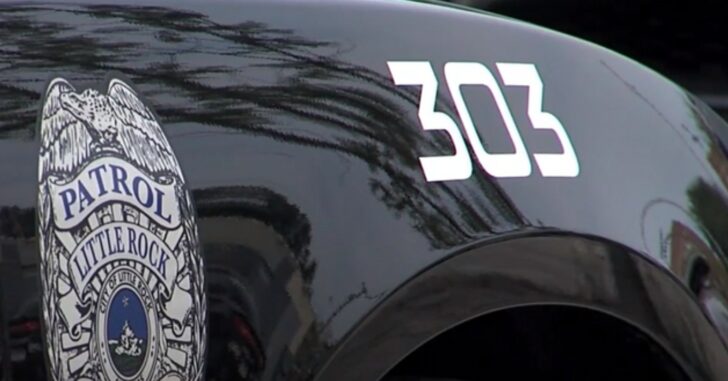 LITTLE ROCK, ARKANSAS – A man was shot Monday night after kicking in his ex-girlfriend’s apartment door. According to a report from Little Rock Police Department, officers were dispatched around 9:30 p.m. to a shooting at the Fairfield Apartments in west Little Rock.

Upon arrival, they found 23-year-old Daterrius Brown suffering from a gunshot wound to his leg. Brown claimed that he was retrieving his personal belongings from the apartment when he was shot by an unknown man. He was transported to a local hospital by ambulance.

Officers then spoke with a 20-year-old woman who told them Brown was her ex-boyfriend and she had a no-contact order in place following his arrest for domestic battery. She said that she had told Brown that he would find his things on her balcony and could pick them up there to avoid contact.

Brown arrived and discovered that her new boyfriend and a few other guests were in the apartment. He allegedly became irate and kicked in her front door.  A man in the apartment then shot twice in Brown’s direction, hitting him once in the leg.

Brown will be taken to the Pulaski County jail upon his release from the hospital. He has been charged with residential burglary and violation of a no-contact order.

Previous article: In Self-Defense, Sometimes The Tools Are Already In Your Hands. Like A Ladder. Next article: Why We Carry: Mistaken Identity Leads To Murder Of Innocent 74-Year-Old Man By Convicted Criminal