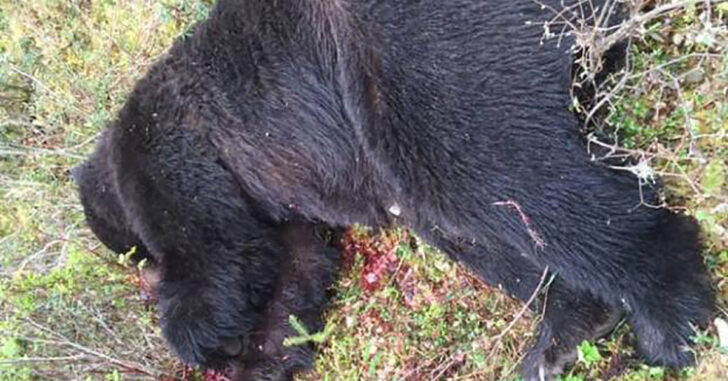 DOUGLAS ISLAND, AK — For the first time in better than 40 years, Douglas Island saw a brown bear shot on its land, according to Juneau Empire.

More than that, Alaska Wildlife Troopers believe the shooting of that bear to be justified.

But then again, almost anything a bear weighing 725 pounds does will make a wary citizen worry for his or her life.

After investigating the kill site, Alaska Wildlife Troopers found the man justified in the killing under defense of life or property law, which allows those in danger from wildlife to defend themselves with possibly lethal force, trooper spokeswoman Megan Peters told the Empire Wednesday.

“It’s a rare event to have them on Douglas or really in Juneau,” Scott said. “Over the years we’ve had reports of bear swimming adjacent to the island, even that’s very, very rare.”

I’ll be the first one to day — I am not 100% confident my EDC is mammoth rampaging bear-capable, you guys.

Fortunately, people like you and me likely don’t have to deal with situations quite like this, but hey. Good on this guy for being prepared.