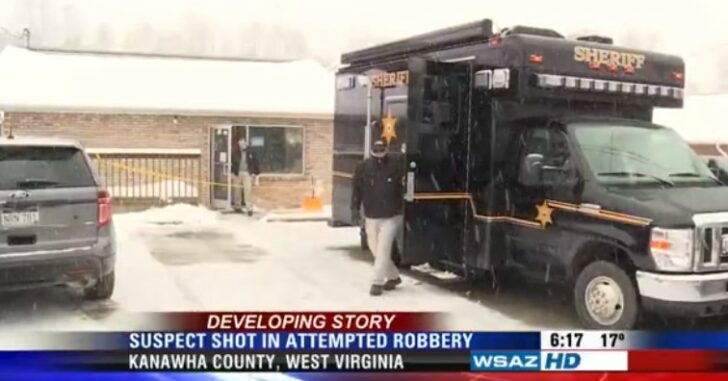 Just yesterday, we posted a video of a pharmacist being robbed at gunpoint and asked you what you would have done if that were you — and you were carrying your firearm.

Turning the tables, a scenario played out at another pharmacy in another state, except in this case the pharmacist was armed.

A man walked into Good Family Pharmacy in West Virginia with his head and face covered up and the pharmacist thought he was just bundled up because of the cold. As the man approached the counter, it was obvious that he was covered up to avoid being recognized after he pulls out a gun.

Almost immediately, the pharmacist pulls out a gun of his own and shoots the armed robber twice in the chest. The suspect was taken to the hospital where he later died.

Patrick Good, the pharmacy owner, is a strong supporter of the 2nd Amendment and is happy to see his employees carrying firearms.

“You’re always prepared. We carry all the time,” Good said. “You always have that in the back of your mind. You just hope and pray that you never have to act on it.”

Let it be known to criminals in the area of Good Family Pharmacy, they refuse to be victims and will not go down without a fight.