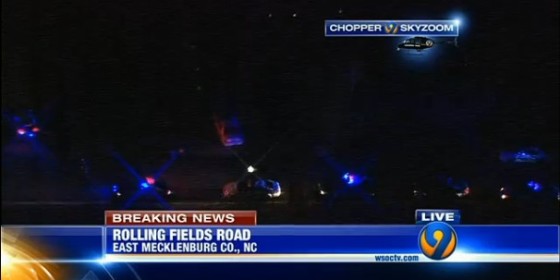 Last week, we reported a story about a 14-year-old boy in Charlotte, North Carolina who shot and killed a home invader trying to break into his grandparents’ home.

The boy was visiting his grandmother when he heard and then saw somebody in the house. This is when he used his grandfather’s gun to shoot the intruder.

Following up after this story, we found out that someone is evidently trying to get revenge on the family. On Christmas Eve, multiple shots were fired into the boy’s home through the front window and even hitting their Christmas tree. It is being speculated that the firearm used was a shotgun.

Thankfully, no one was hurt in the incident. The boy is currently safe at an undisclosed location. Let’s hope police are able to figure out who tried to harm him. Sorry, criminals, but the boy did the right thing.

Previous article: Pastor In Oklahoma City Shoots And Kills Teenaged Home Intruder Next article: What Is The Best Handgun For Beginners?